A historic water trough in Mowbray 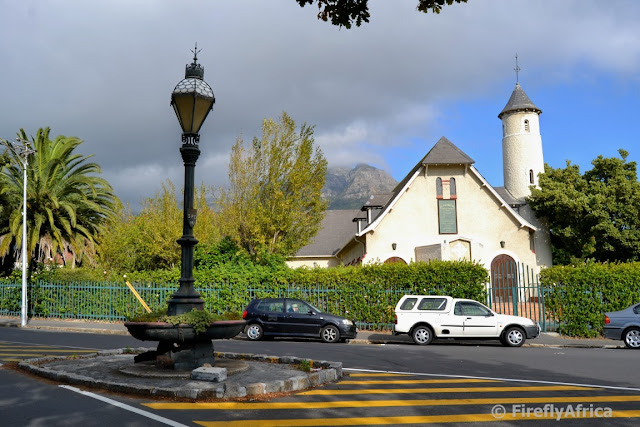 I often wonder if people really realise how many historic places and objects there are around our cities and towns.  I'm not only referring to the big and well known historic attractions but rather to smaller ones many people probably drive past without even a second look.  One of these I discovered in the Cape Town suburb of Mowbray while on my way to a meeting.  I was following my GPS to a Geocache that was on my way and it took me to this historic water fountain with trough on a traffic island.  This fountain was manufactured by Walter Macfarlane & Co of Glasgow and presented to Mowbray by the SPCA in 1899.  These days the fountain is no more and the trough has a little garden in it.
Posted by Firefly the Travel Guy at 8:00 AM