I don't think George is very high on anybody's list of possible holiday destinations.  Yes, as part of the Garden Route but not standing on it's own.  If that is how you think then I'm going to have to tell you how wrong your thinking is.  Spending Easter Weekend in George showed me in four days that George is actually the ideal family destination.  Beautiful mountains and passes, a stunning coastline, a laid back town atmosphere and not outrageously expensive attractions.  We were camping in George and took it easy while we were there (plus I did a load of Geocaches) so chose one attraction to do every day while there.  It turned out that all three are highly recommended and very cheap to do so here are Three things to do in George that are easy on the pocket. 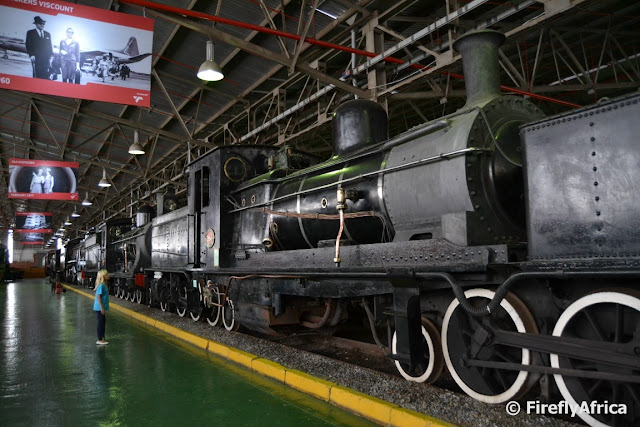 The Outeniqua Transport Museum is a must do while in George and if you do nothing else then you have to try and get here.  The museum used to be the departure point of the Outeniqua Choo Tjoe and has the most magnificent collection of trains (13 locomotives and numerous carriages), vintage cars and other vehicles, railway memorabilia and the most magnificent model train layout.  I thought the family would be totally bored but they were anything but.  You can also have lunch or just a coffee and milkshake in a dining car.  The best of all, adults pay R20 and kids under 12 only R10.  What an absolute bargain. 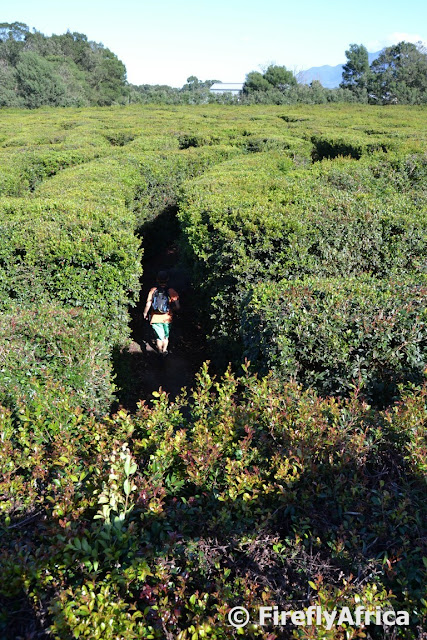 The one thing we really wanted to do while in town was a visit to Red Berry Farm.  Red Berry Farm offers strawberry picking as well as a host of kiddies activities.  We were there to do the hedge maze.  I knew in advance that it was a proper hedge maze but I don't think I was fully prepared for what we encountered.  A truly dincum get lost for hours hedge maze.  You get a stamp card and have to look for 7 stations along the way to complete the card which took me an hour and a half.  After having coffee and a chat with friends who came by to say hi, I went back in an hour later to go and find Chaos Boy who was still wandering around looking for his last two stamps.  Would I go and do it again? In a heartbeat.  The cost? A paltry R35 per person. 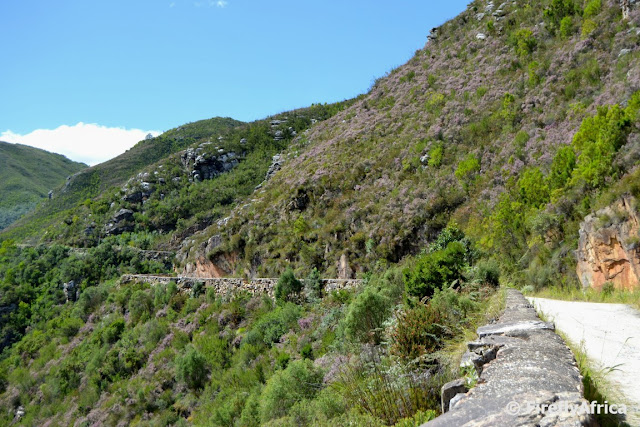 On our last full day in George the options we considered were to either go down to Victoria Bay or up the historic Montagu Pass.  We opted for the latter of the two and explored this truly scenic pass completed way back in 1848.  The trip up was a combination of beautiful scenes, historic sites and being close to nature.  Although a dirt road that does take a battering from the rain, we drove up to the top and back down without any trouble in the Chev Aveo.  So what would you pay for this little outing? Well, nothing more than your petrol and some snacks for along the way.  Just don't leave your camera behind.
Posted by Firefly the Travel Guy at 1:18 PM