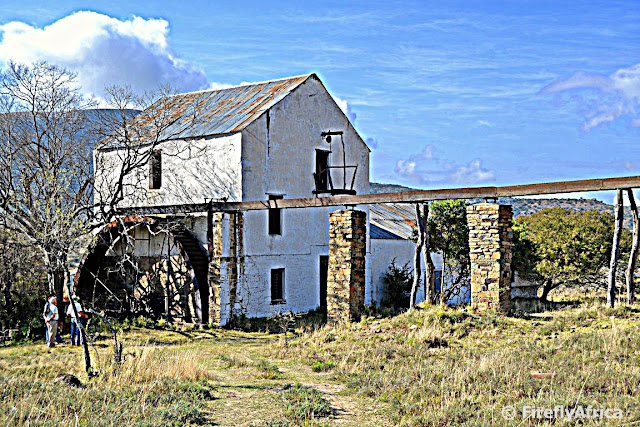 A week or two three ago I got to spend an evening on the historic Glen Avon Farm at the foot of the Bosberg Mountains outside Somerset East.  A stay at Glen Avon consist of true farm hospitality like you can only get in the Karoo and the B&B's surroundings is just what you need to get away from the city and take in farm life.  The highlight of my stay though, which was way too short, was a visit to the historic Glen Avon Watermill. 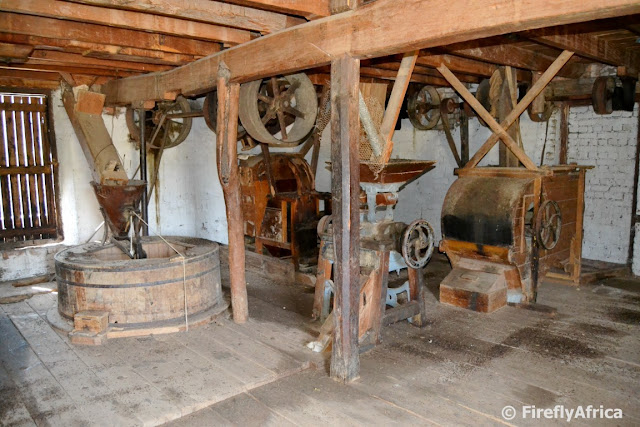 The history of Glen Avon is closely intertwined with that of Robert Hart.  Hart first came to the Cape in 1795 as an 18 year old private.  He returned there a second time as an officer (and a married man) in 1807 and was stationed in Grahamstown under Colonel John Graham.  Robert Hart was put in charge of the experimental farm which provided supplies to the army.  In 1825 the farm was closed down and the town of Somerset East was laid out on the land.  Hart was given land next to the town where he built a homestead.  The farm was called Glen Avon and it was here where Hart pioneered Marino sheep farming and also grew citrus fruit and grain.  The grain production in the area became so successful that he decided to build a commercial mill to be used for all the neighbouring farms. 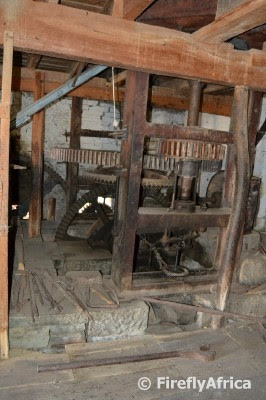 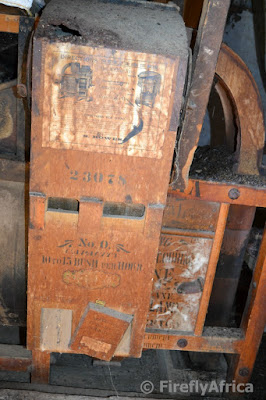 The equipment and machinery for the mill was imported from Leeds in England, brought by ship to Algoa Bay and carted by ox wagon across the Zuurberg Pass to the farm.  Although the mill hasn't worked since the mid 1990's most of it is still in working condition. 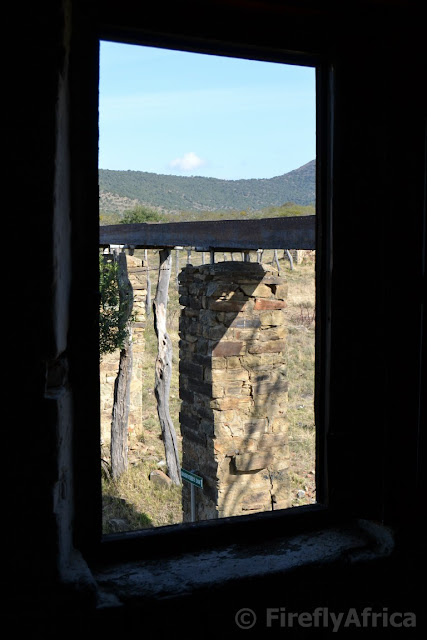 The one part of the mill that is in visible need of repair is the chute that funnels the water to the wheel itself.  Unfortunately the floor wasn't replaced properly by the contractor when it was last renovated and have rusted holes throughout the length of it.  How I would have loved to see that old wheel turn. 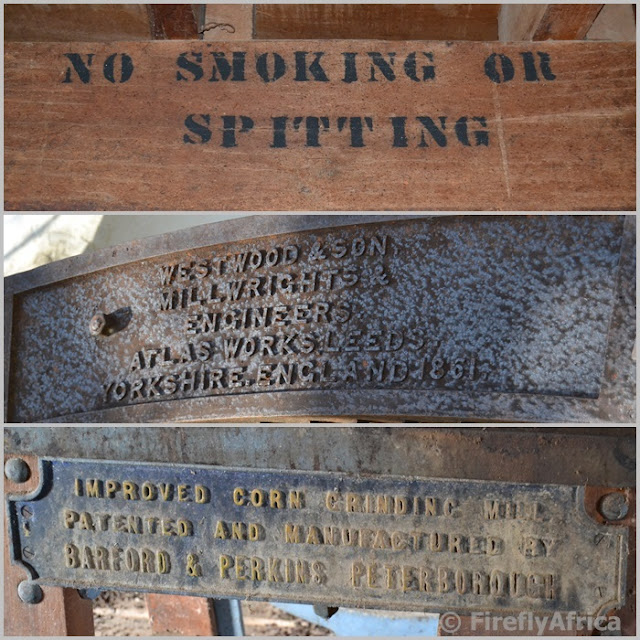 During our tour around and through the mill I photographed a couple of interesting signs, but I have to say the one that drew the most attention was the one that said "No smoking or spitting".  I imagine it was to make sure nothing unwanted landed in the flour. 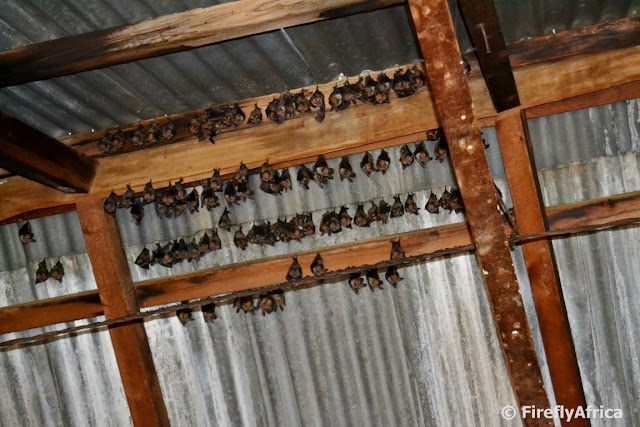 The mill has three levels inside and Bill Brown, a sixth generation descendent of Robert Hart, explained the whole process that was followed when the mill was in use.  On the last leg of the visit he took us up rickety steps to the top level and you won't believe what we discovered there.  The Bat Cave.  No Batman though.  Needless to so a couple of ladies in the group high tailed back down the steps to get outside at this stage.  Anyhow, Batman or no Batman, the mill was so worth visiting.
Posted by Firefly the Travel Guy at 4:25 PM