The lighthouse at Cape Point 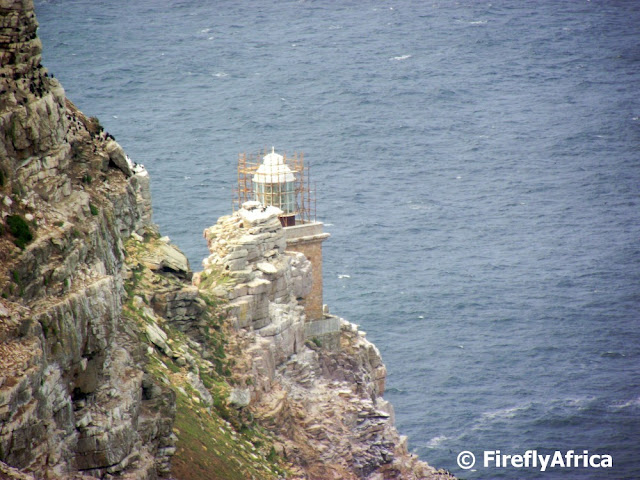 Cape Point may not be the most southern point of Africa as many people think, but it must be one of the most dramatic spots on the South African coastline.  To get to the bottom Cape Point lighthouse one has to take a footpath along the point so most people just catch a glimpse of it from the viewpoints around the old Cape Point Lighthouse.  On my visit I didn't even notice the scaffolding around the lighthouse until I downloaded my photos.  With the harsh elements at Cape Point I'm sure the renovations is much needed.
Posted by Firefly the Travel Guy at 10:18 AM