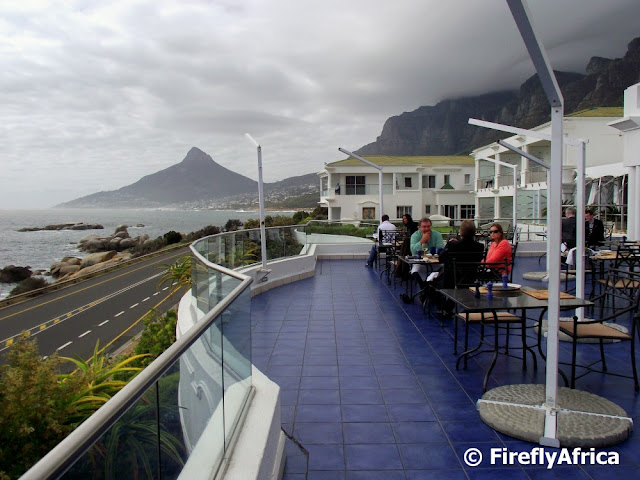 Its not every day that I get to have lunch in a smart place like the 5 star Twelve Apostles Hotel and looking at me in my Batman t-shirt in the last picture I clearly wasn't ready for it either.  The Twelve Apostles sits overlooking the surrounding mountains and ocean on Cape Town's Atlantic Seaboard just a couple of kilometres past the upmarket suburb of Clifton.  The hotel with all its facilities is truly award winning and amongst their accolades are the following.
And these are just the awards won in 2013 already. 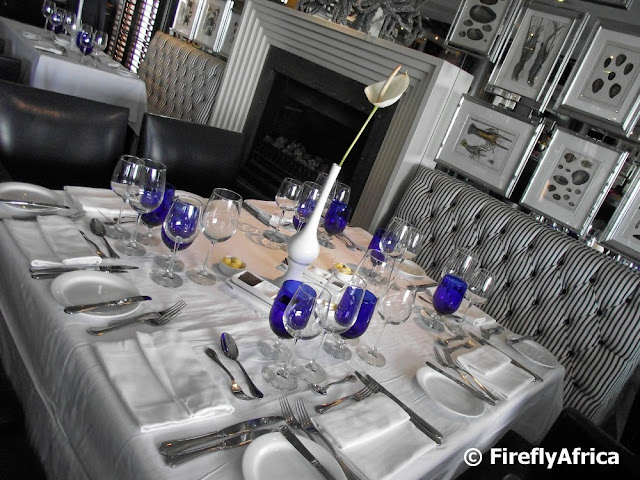 Along with my fellow two bloggers on the Peninsula Tour we were taken to our inside table with a huge window looking over the veranda and out to sea.  The weather wasn't ideal to sit outside otherwise we would have.  The restaurant décor was muted with no bright and flashy colours except for the blue water glasses on the tables.  Stripes along with black and whites are the order of the day.  Being a Sunday afternoon the dining area also had live background music adding that extra touch of class.  Our waiter, it turned out as well, comes from my home town so all which is always a win. 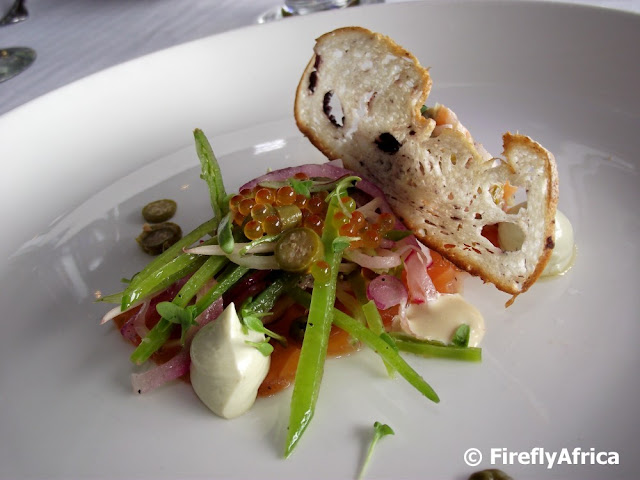 We were set up with a set three coarse lunch and started with Norwegian Salmon with citrus cured, salmon civiché, green goddess, fennel salad, olice ciabata, and miso mayonnaise.  All of that is a mouth full to say but once the food goes into your mouth it truly a fusion of flavours like any Master Chef judge would be looking for. 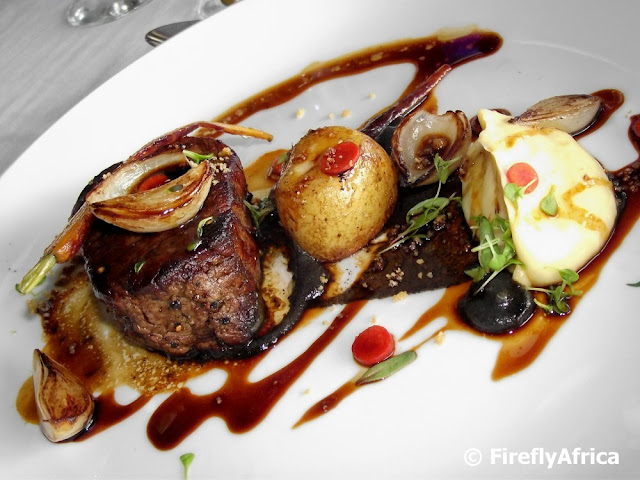 The main meal was Beef Fillet with chalmar black eggplant, white carrot and roasted onion puree, variation of carrot and potato Nicola.  Melt in your mouth fillet pared perfectly with all the other flavours.  Its the kind of dish which makes you want to ask for more not because you're still hungry but because of the taste.  Enjoying this meal I can understand the American Express Platinum Fine Dining Award mentioned above.  My mouth is still watering 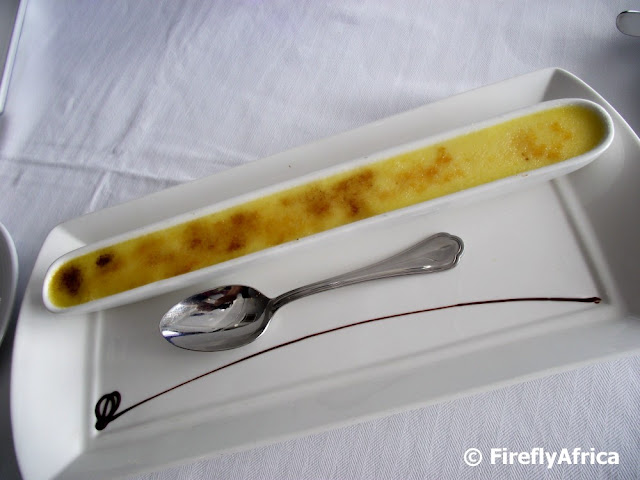 Dessert was Vanilla Creme Brûleé served the traditional way.  Eaten that way as well with a slow movement into your mouth, the closing of the eyes as you pull the spoon out again and a "mmmmmm" sigh straight after. 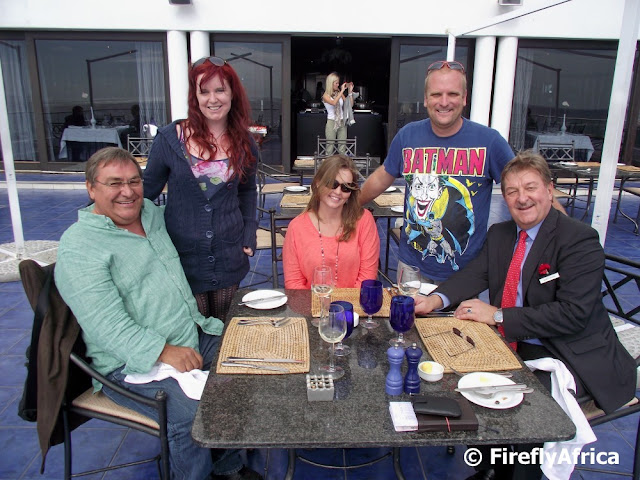 While taking the first picture in the post I caught the eye of a couple of people enjoying drinks at a nearby table.  They called me over (no, not because I was wearing a Batman t-shirt) and started chatting.  It turned out to be Horst Frehse, the hotel's General Manager (on the right) and Phillip Lategan, the MD of Journey Beyond, a big South African inbound tour operator.  Not long and the chat turned into a little photo session with myself and Shelley Pembroke, one of the other bloggers on the tour.  A special touch was that after our meal Mr Frehse came to our table himself to see if everything was satisfactory.  And satisfactory it was indeed.

Disclosure: I had lunch at the Twelve Apostles Hotel as guest of the Tourism Grading Council of South Africa.   I received no additional remuneration to write this post and all views expressed are my own.
Posted by Firefly the Travel Guy at 3:01 PM