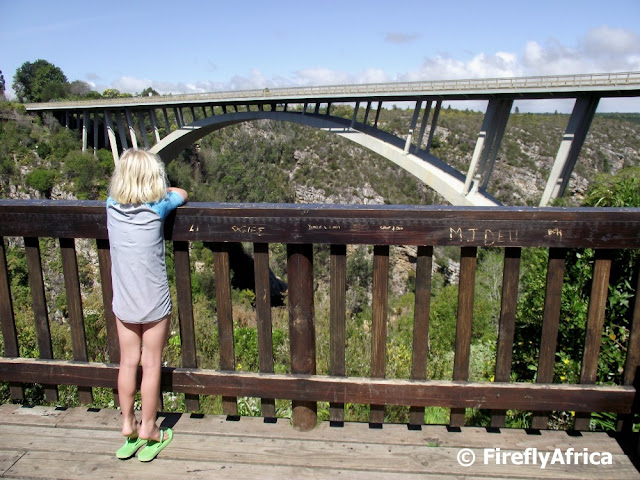 Most travellers on the N2 through the Tsitsikamma stop at the Petroport to fill up the one tank, empty the other or just grab a snack.  A lot of those travellers, specially those from afar, either take a walk across the Storms River Bridge or to the viewing platform.  The bridge spanning the Storms River is actually called the Paul Sauer Bridge.  The bridge was designed by Riccardo Morandi, an Italian architect, and completed in 1958.  At the time of its building it formed part of the brand new N2 highway between Port Elizabeth and George, replacing the old road through the Storms River Pass. 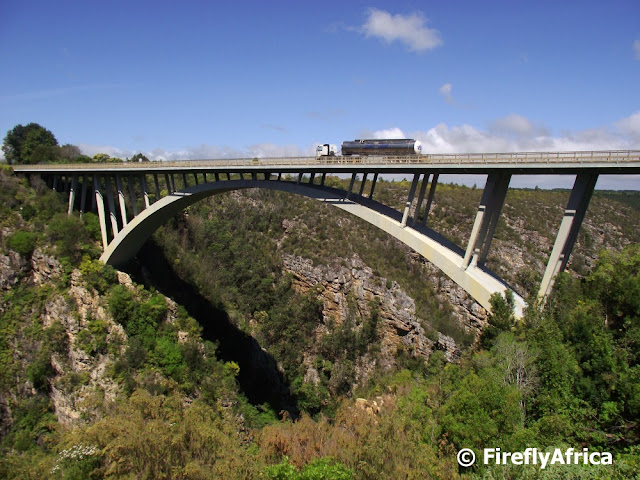 The Paul Sauer Bridge is one of four concrete arch-bridges constructed across the deep gorges of the Tsitsikamma and is about 120m high and just short of 200m long.  When it was built the two sides were constructed upright and then lowered down.  It is claimed that the engineer in charge said that he will jump off it if the ends didn't meet.  Apparently there was only a 1 meter gap but history shows that he died of old age in Italy, which means he never followed through on his threat.
Posted by Firefly the Travel Guy at 8:00 AM