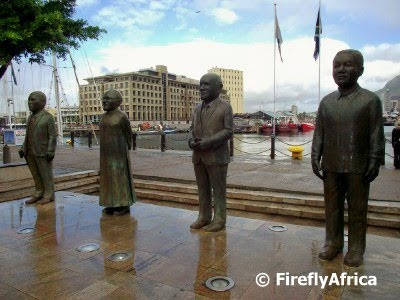 Although its been around for about 5 years or so already, I recently got to see Nobel Square at the V&A Waterfront in Cape Town for the first time. Nobel Square pays tribute to South Africa`s four Nobel Peace Prize Laureates; the late Nkosi Albert Luthuli (1960), Archbishop Emeritus Desmond Tutu (1984), former State President F.W. de Klerk (1993) and former President Nelson Mandela (1993). 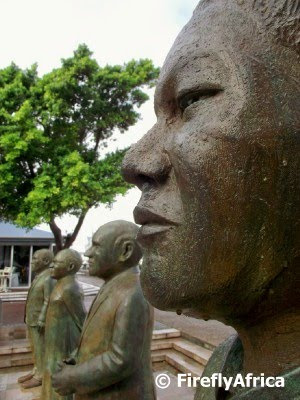 The life sized sculptures of the four Laureates were created by internationally acclaimed artist Claudette Schreuders and is a very popular attraction on the Waterfront with lots of tourists posing with them and taking pictures. The most popular of the sculptures is naturally Nelson Mandela. 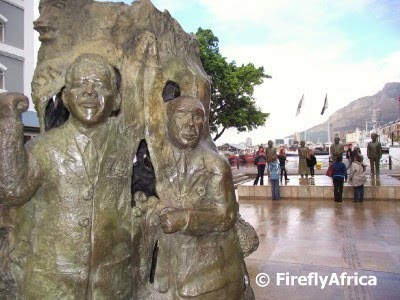 The fifth sculpture in the square, Peace and Democracy, was created by Noria Mabasa and acknowledges the contribution of women and children to the attainment of peace in South Africa. 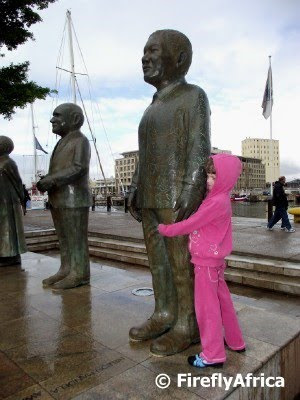