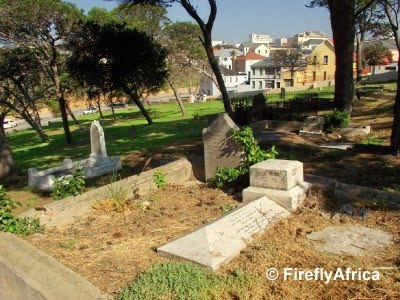 No I'm not weird. I just like to explore old cemeteries. I've wanted to go and have a look around the old Russell Road Cemetery for so long and just never made the time. So the other day I decided to put on my Indiana Jones hat and headed over there for another of my grave yard exploration trips. The Russell Road Cemetery is one of the older cemeteries in Port Elizabeth and is situated on the hill side between Central and Richmond Hill. Some of the graves date back to the early part of the 19th Century. 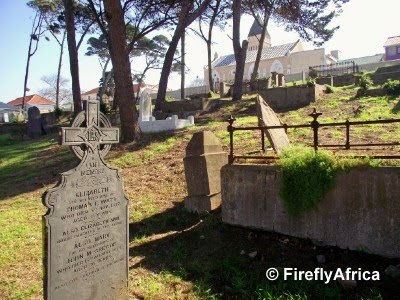 The most significant grave in the cemetery is the white one in the middle of the above picture. It belongs to James Langley Dalton who was a survivor of the Battle of Rorke's Drift and the recipient of a Victoria Cross. (see post here) 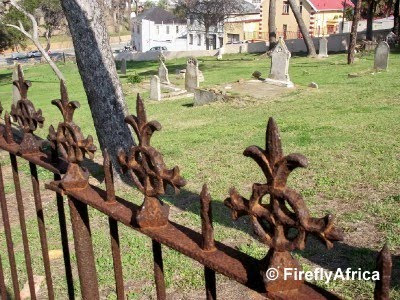 Unfortunately due to its age as well as vandalism in the past, there isn't a huge amount of graves still visible in the cemetery. Some time in the past the municipality has taken the grave stones that has fallen over or that was broken off and cemented them flat (horizontally) into place over their graves. At least its one way of stopping the stones to be damaged more.
Posted by Firefly the Travel Guy at 2:00 PM