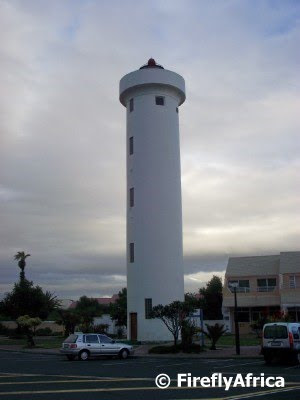 Situated on Table Bay to the north east of Table Mountain is the Milnerton Lighthouse. Built in 1960, the lighthouse is in the suburb of Milnerton on the way to Blouberg. Even though the location is well inside Table Bay, this small stretch of coastline has wrecked more ships than any other coastline in South Africa. Over 150 ships have met their demise in the last few centuries. With the Urban development, a lot of land has been reclaimed changing the coastline and sadly the remains of the wrecks, along with their heritage, lie buried in tonnes of earth and concrete. 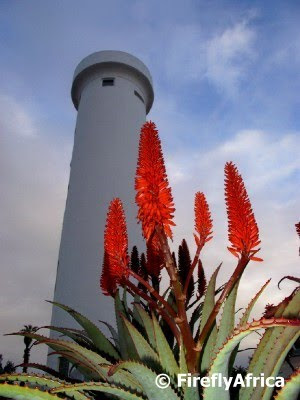 Unfortunately I only spotted it at about sunset on a rainy day, so there was no light to speak of when I took the photos. But I wanted it to be part of my lighthouses set. Next time I'll make an effort to stop by on a sunny day to get some proper pics.