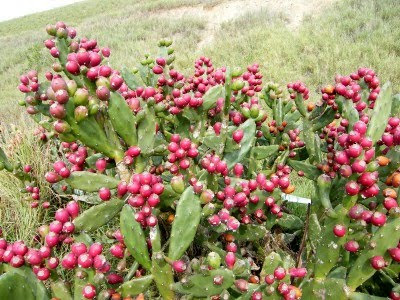 Prickly Pears are originally found in Central America and first came to South Africa as fodder for cattle. Being a cactus plant, they grow very easily and took root quickly before starting to spread throughout some part of the country at an alarming rate. The spreading of it was brought under control through the introduction of the cochineal beetle. 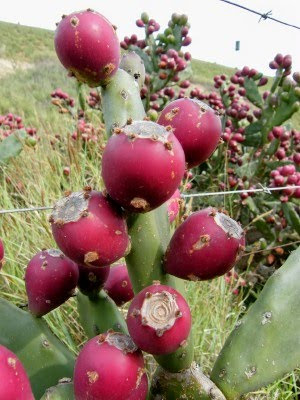 The fruit of the prickly pear is about as big as a extra large egg and is sweet in taste. It is an acquired taste though as the fruit consist mainly of pips. The leaves of the prickly pear plant have nasty thorns on them while the fruit has hundreds of hairlike thorns which can be very irritating when it gets in your fingers. 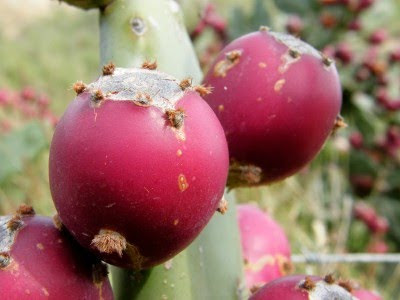 There are six different species of prickly pears of which the red prickly pear is one we don't get to see much of. The other day I visited my mother in Despatch and she went to show me a bush of red prickly pears growing about a block away from their house next to the fence. Here are a couple of pics.
Posted by Firefly the Travel Guy at 7:51 PM