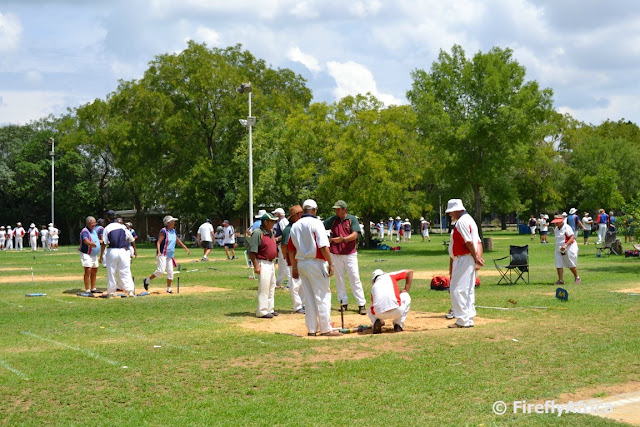 A couple of months ago on a road trip to Johannesburg I detoured through the town of Kroonstad in the Northern Free State to stretch my legs and... well... you know... find a geocache or two.  One of the caches I was after is located at a holiday resort called Jukskei Park and on arrival I found cars parked everywhere.  The resort plays host to the South African Jukskei Championships every year and I picked the week of the tournament to swing by. 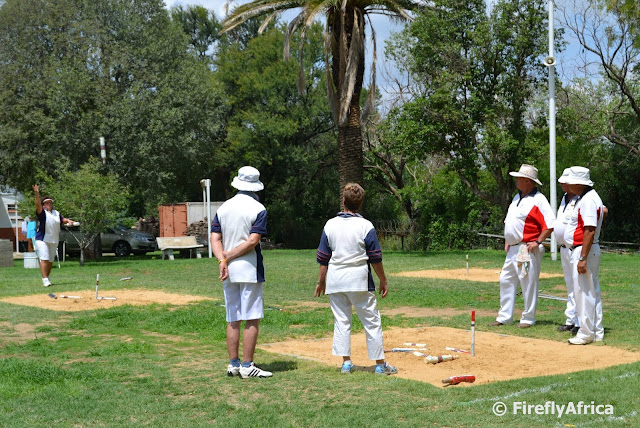 "What is Jukskei?" I hear you ask.  Well, Jukskei is an South African folk sport and originated over 270 years ago.  Apparently even a forerunner of American Horseshoe Pitching. 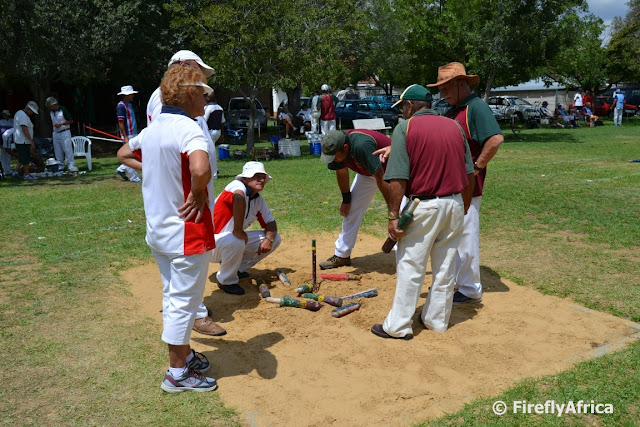 It is believed that Jukskei was first played around 1743 in the Cape when transport riders who traveled by ox-wagons started using the wooden pins of the yokes (Afrikaans: Skei) of the oxen to throw at a stick that was planted into the ground.  It is known that the game was also played during the Great Trek. and in later years by farmers from the Boland on beaches during their holidays.  In 1939 Jukskei became an organized sport and rules were formalized. 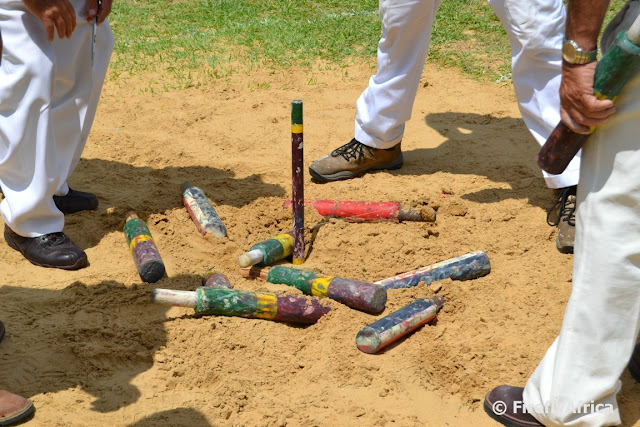 Like in bowls the game is played by teams of four (as well as pairs and singles).  The rules and scoring is also very similar but it has a few difference though.  A team gets three points if the peg is knocked over otherwise the team lying closest to the position of the peg, scores as many points as they have skeis closer to the peg than their opponent's closest skei.  First team to get exactly 23 points points win the game.  But there is a twist.  If you get more than 23, then your points revert to 0.  Jukskei is generally associated with White Afrikaners (not that I've ever played), but in the areas where it is played it is gaining popularity with people of all races and cultures.

I'm not too sure if I've ever seen it played here in Port Elizabeth, but perhaps I should find out and go and give it a throw... I mean go.
Posted by Firefly the Travel Guy at 3:39 PM