Carlisle Bridge and the Fish River 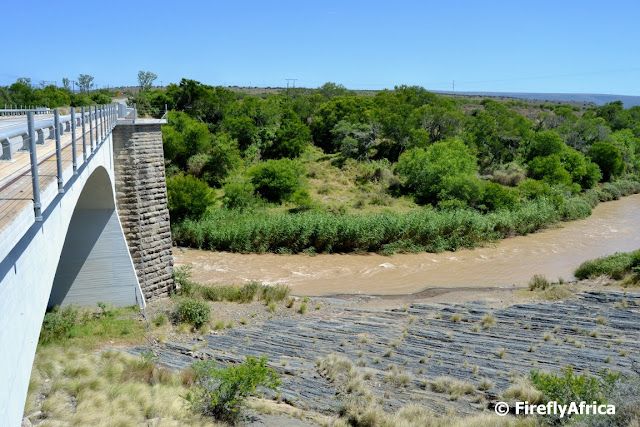 Road tripping means discovering new places, often places you will never see otherwise.  This was once again the case when I had to drive to Bedford for a meeting and decided to take the scenic route via Grahamstown.  About halfway between the two towns I passed over the mighty Fish River and pulled over to have a closer look. 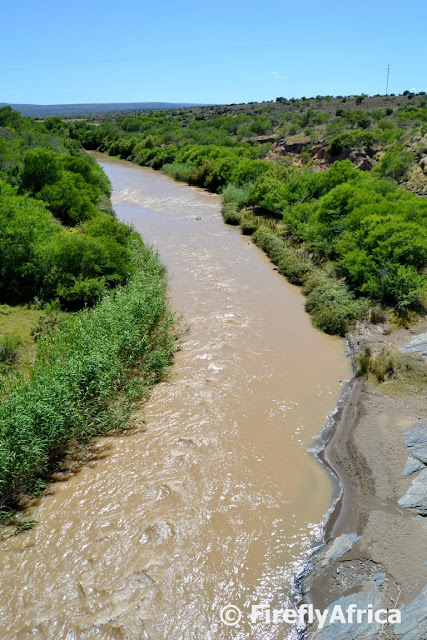 This spot really is in the middle of nowhere with not much to see yet beautiful in it's own way. 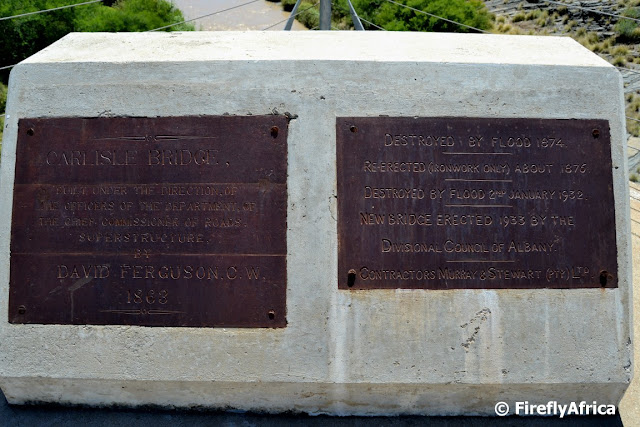 The original bridge was built in 1863 but washed away soon after in 1874.  Two years later a steel bridge was built on the same spot and this one stuck around a little longer but was once again destroyed in a flood in 1932.  The current bridge was built in 1933.  The plaque doesn't say who the bridge was named after, but according to the South Africa Heritage Online website it was probably named after John Carlisle who, in 1822, led a party of thirteen settlers from Staffordshire to settle in the area.
Just something I left out in the intro.  Discovering places like this isn't just about road tripping.  It's stopping along the way and not just rushing to your destination.
Posted by Firefly the Travel Guy at 9:20 PM