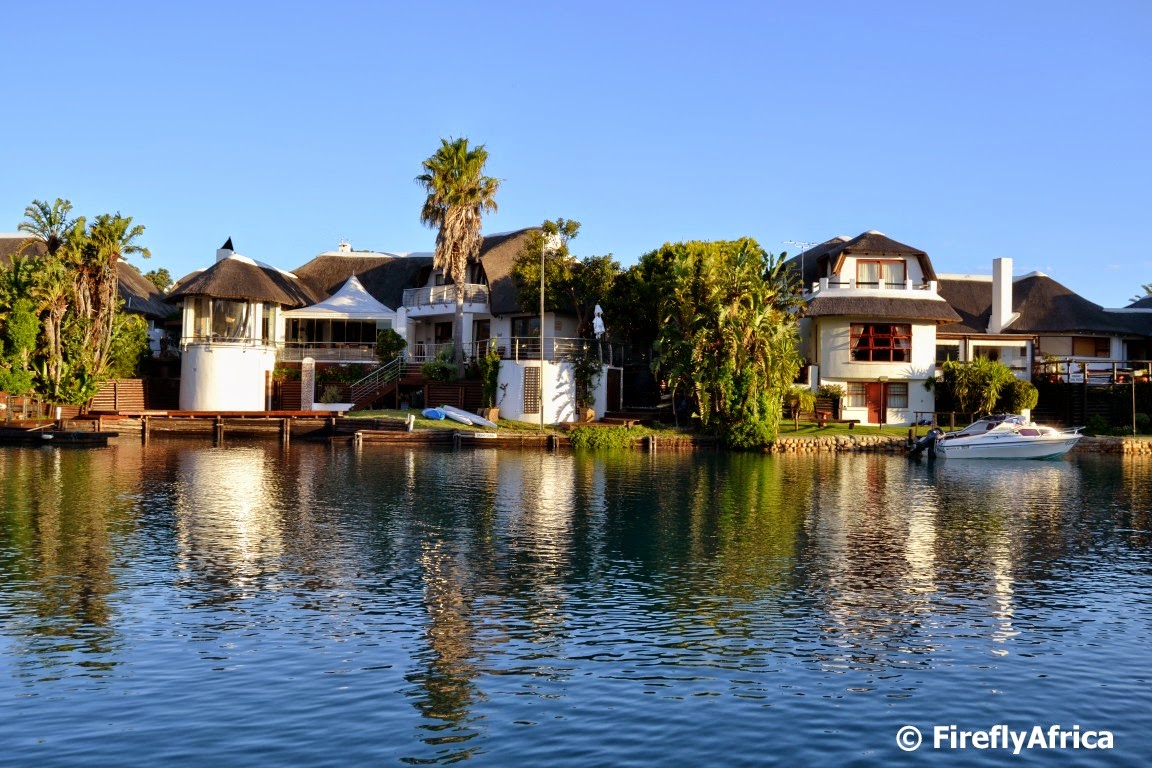 When you think of St Francis Bay in the Eastern Cape, the first thing that comes to mind are the beautiful canal system with its upmarket black and white homes lining the waterways.  You can drive through the area to admire its beauty but the best way to really take it in is on a canal cruise. 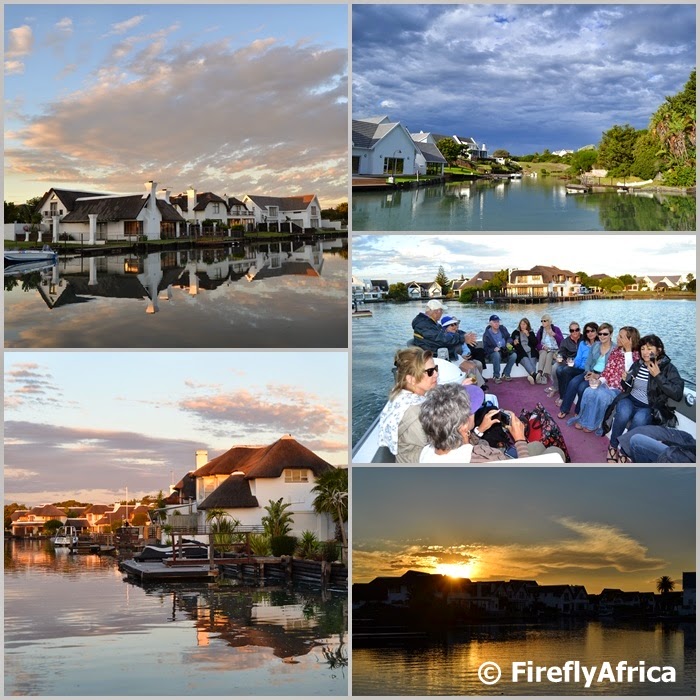 Our recent weekend in St Francis saw us join Brian Cunningham of Brisan on the Canals and a bunch of ladies on their last leg of the Chokka Trail for a canal cruise on the Swan of Brisan.  The one hour long cruise took us up and down the canals which was first dredged by Leighton Hulett in 1967.  As I mentioned before, all the houses are white walled and black roofed (with quite a few of them being thatched) as this conformed building style was insisted on by Hulett who originally owned the farm on which St Francis Bay developed.  Brian pointed out interesting facts along the canals while there were gasps from everybody when he told us about the devastation of the huge fire that burned down 76 houses in 2012.  The vastness of the event only really comes home when you see the area first hand.  Just before sunset we cruised out onto the Krom River to see the sun set over the Kouga Mountains with a drink in hand (that's us having the drink in hand and not the sunset) before heading back to the guesthouse to disembark.  I can truly say that you haven't experienced and seen St Francis Bay until you haven't been on a cruise as the best part of the canals can't be seen from the road.
Just another reason to come and #ExperienceEastCape.


Disclosure: We enjoyed the cruise as guests of  Brisan on the Canals.  I received no further remuneration, wasn't asked to write a positive post and keep full editorial control.
Posted by Firefly the Travel Guy at 1:03 PM