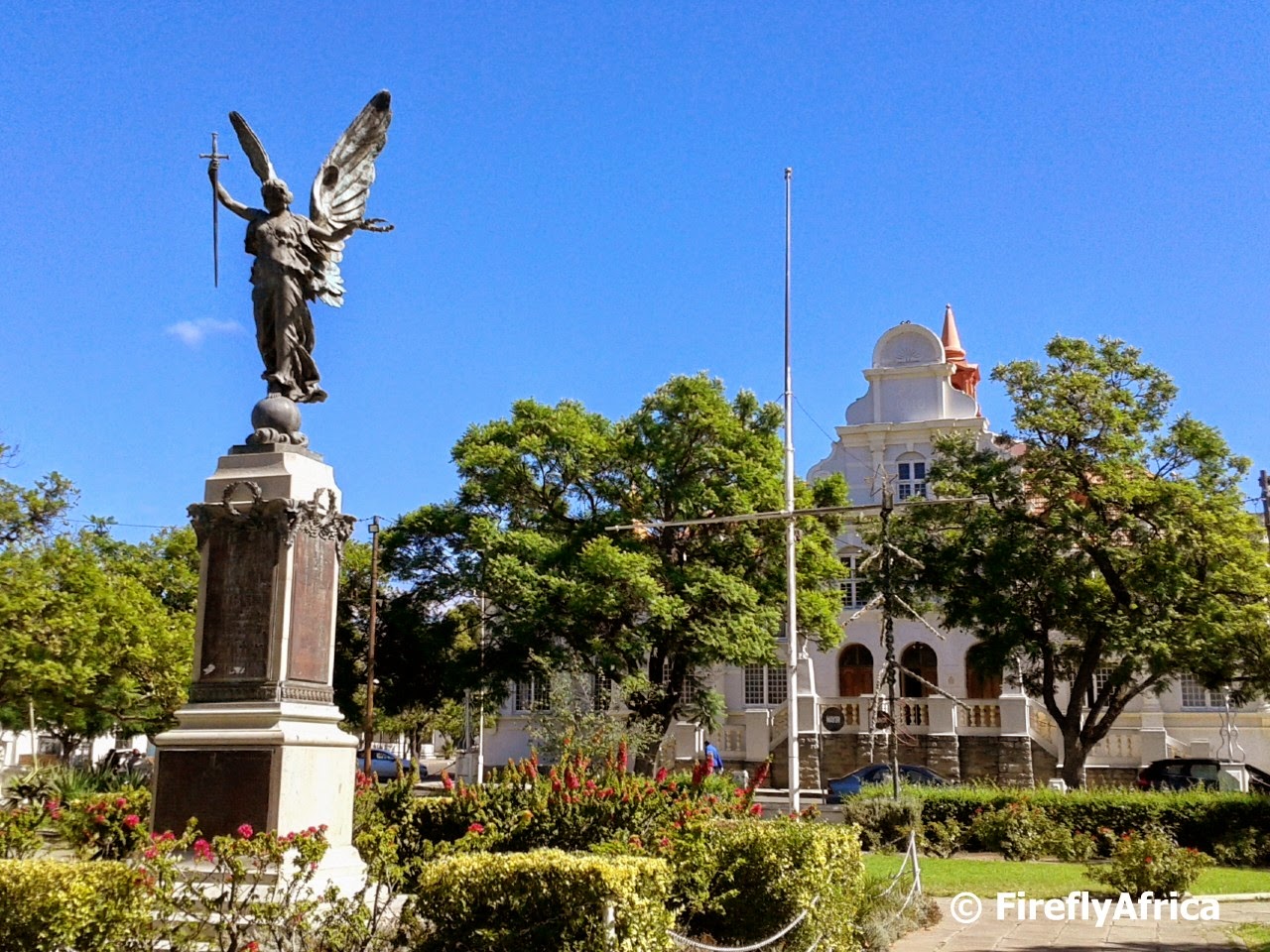 Statues is a bit of a sore point in South Africa at the moment (referring to the Cecil John Rhodes statue at UCT and and and...) but there are some truly special ones out there.  One of these is the War Memorial or "Victory Peace Angel" outside the town hall in the Karoo Heartland town of Graaff-Reinet.


About three months after the end of World War One, the Mayor of Graaff-Reinet called a public meeting to discuss the erection of a war memorial.  The site decided on was what is now known as the Mayor's Garden right in front of the town hall and the memorial was to honour the brave men of Graaff-Reinet who had lost their lives in the war.  The great bronze figure mounted on a high pedestal was unveiled on 7 November 1923 by H.R.H. Prince Arthur of Connaught.  It was designed to stand guard over the names of the men from Graaff-Reinet that died during the first World War.
Posted by Firefly the Travel Guy at 3:30 PM