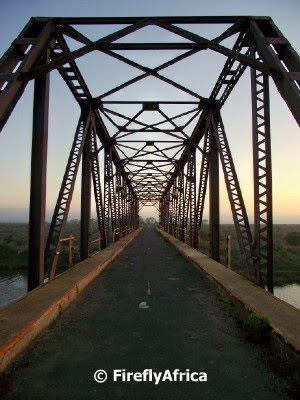 I have always known of the old Mackay Bridge in Colchester just outside Port Elizabeth, but I have never actually gone to it to have a look. A little while ago we had the absolute pleasure to spend a night at the awesome Elephants Footprint Lodge right next to the bridge, and took a walk to it just before sunset to have a look (and obviously take a couple of pics). 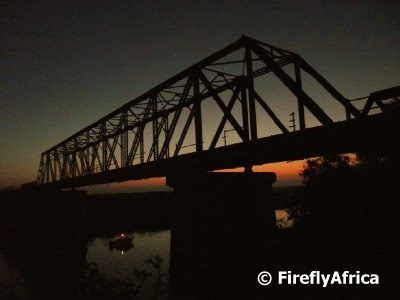 The Colchester area was a very busy spot the mid 1800s and early 1900s, as it had the only pont over the Sundays River on the main road between Port Elizabeth and Grahamstown. The original pont was washed away in 1874 and a second one in 1875. A bridge was commissioned in 1884 and opened on 5th March 1895. It was called the Mackay Bridge, in honour of John Mackay who's efforts resulted in its construction. 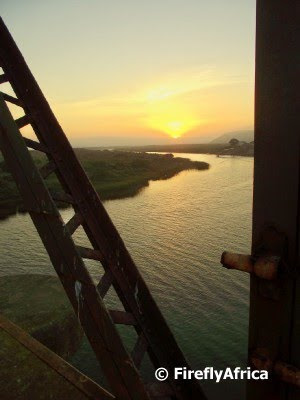 This bridge was constructed entirely of steel and iron brought all the way from Sheffield in England. Due to the elements taking its toll on it, the road across the bridge was closed to traffic a couple of years ago although it can still be accessed on foot.
Posted by Firefly the Travel Guy at 2:00 PM