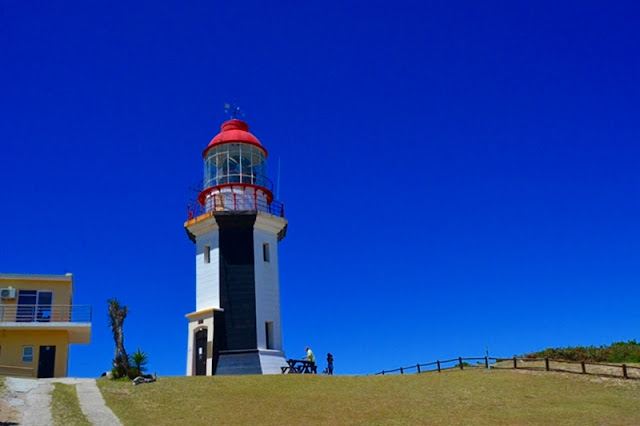 I have driven between Port Elizabeth and East London so many times over the years yet the Great Fish Point Lighthouse has always just been a dot on the coastline some distance away.  The reason? Word has always been that the track up to the lighthouse is terrible and my Polo isn't quite high clearance nor 4x4.  A little while ago a fellow blogger posted about the lighthouse and I asked what the road was like. "Not a problem, you'll be able to do it easily." Suddenly it jumped up to the top of my Eastern Cape "to do" list. A road trip shortly after gave me the opportunity I needed and I took a sharp right off the R72 and what do you know... A quick smooth ride along a relatively smooth track. 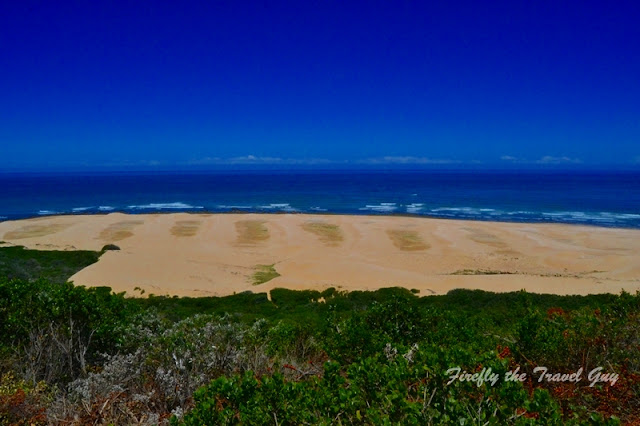 At 9 meters high the Great Fish Point Lighthouse is one of the smallest lighthouses on the South African coastline.  It didn't need to be built very high as it stands 76 meters above sea level and looks out across a dune veld to the coastline.  It may seem that the lighthouse is actually far from the coast (800 meters from the shoreline in fact), but the light can be seen 32 nautical miles out to sea and flash on the sea side every 10 seconds. 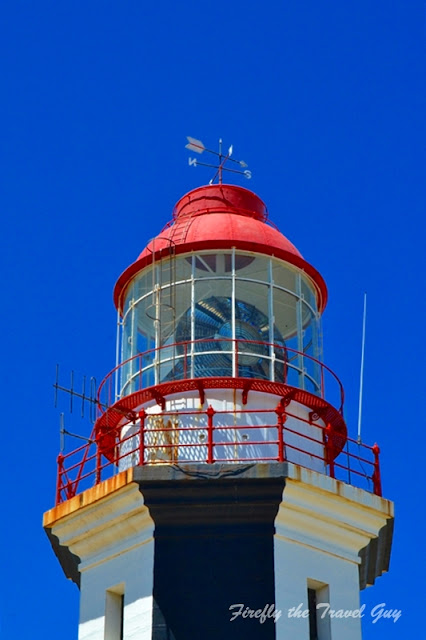 Although the large ships sail past quite far off these days, back in the 1800's ships had to be warned about three shallow reefs to the north-east of where the lighthouse is located.  These outcrops have taken a number of ships over the years, both before and after the erection of the lighthouse. In 1890 a Lighthouse Commission set up by the Colonial Government recommended that a lighthouse is built on this coast, but after several holdups the light was only completed in 1898, making it 120 years old this year.  Now I can say I've been there and done that.  Next time I want to stay over as it is one of only a few lighthouses on the South African coast that also offers accommodation.
Posted by Firefly the Travel Guy at 1:34 PM