Hole in the Wall - an icon of the Eastern Cape 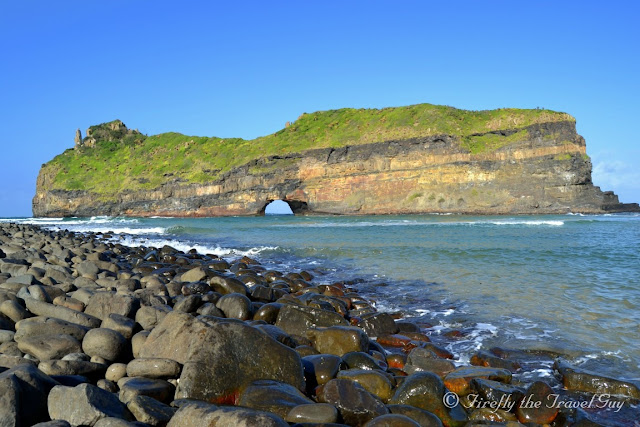 The Hole in the Wall near Coffee Bay on the Wild Coast truly is one of the iconic sights (and sites) of the Eastern Cape and South Africa and recognised worldwide.

Hole-in-the-Wall was named by Captain Vidal in 1823.  Vidal was captain of the Barracouta and was sent by the British to survey the coastline between the Keiskamma River and Lourenço Marques (present-day Maputo). He took his ship as close as 800m from the coast and described the phenomenon of a natural archway which he then named the "Hole-in-the-Wall".

The local Bomvana people refers to the formation as ‘EsiKhaleni’, the Place of the Sound or Place of Thunder.  During certain seasons and water conditions, the waves clap in such a fashion that the concussion can be heard throughout the valley.

Local legend tells that the Mpako River once formed a landlocked lagoon as its access to the sea was blocked by a mighty cliff.  A beautiful girl lived in a village near the lagoon.  One day she was seen by one of the sea people who became overwhelmed by her beauty and tried to woo her.  The sea people were semi-deities who look like humans but have supple wrists and ankles and flipper-like hands and feet.  When the girl’s father found out he forbade her to see her lover. So at high tide one night, the sea people came to the cliff and, with the help of a huge fish, rammed a hole through the centre of the cliff. As they swam into the lagoon they shouted and sang, causing the villagers to hide in fear. In the commotion the girl and her lover were reunited and disappeared into the sea.
Posted by Firefly the Travel Guy at 4:02 PM