Agulhas - the most Southern point of Africa 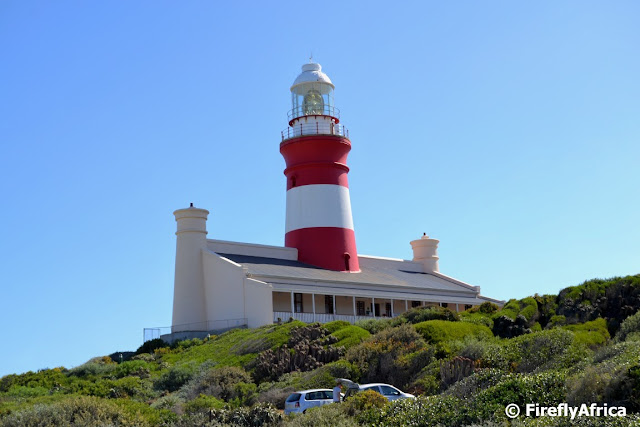 I have finally had the opportunity to take the family to see Cape Agulhas.  I got to visit it the first time when I was doing my tourist guide training for the Western Cape but as a family we have never been in the area.  A day of exploring along the coast took us from Gansbaai past Danger Point to Struisbaai and Agulhas.  It took us a lot longer to make the journey than initially expected and the family already started grumbling about heading back to the campsite at Vloedbos so I decided to rather skip climbing the Agulhas Lighthouse.  At least I've been up before and the family got to climb Danger Point.  I did stop to get a couple of photos of the lighthouse though.

The Cape Agulhas Lighthouse was opened in 1849 and was the third lighthouse to be built in South Africa.  Today it is the second-oldest still operating after Green Point.  The design of the building was inspired by the Pharos of Alexandria, one of the original 7 Ancient Wonders of the World.  In 1968 the lighthouse was taken out of service when it was discovered that the sandstone walls were crumbling due to excessive weathering.  The light was moved to an aluminium tower and restoration started on the lighthouse building with it being recommissioned in 1988. 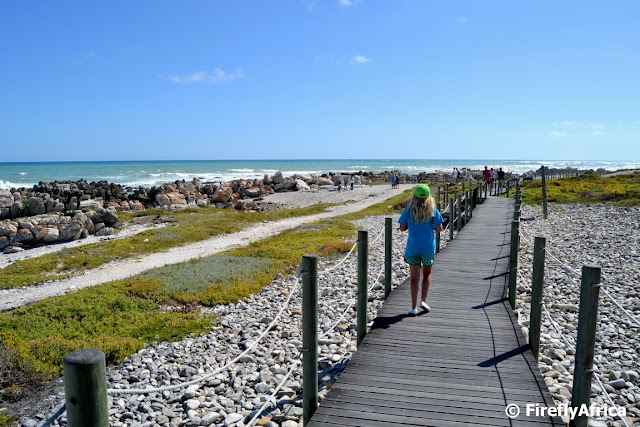 From the lighthouse it's a short drive to the parking area from where we followed a boardwalk to Cape Agulhas.  Cape Agulhas is significant as it is the most Southern point of Africa and officially the spot where the Indian and Atlantic Oceans meet (no matter what some Cape Townians would like you to believe about Cape Point).  The cape was named by Portuguese navigators around the year 1500 who called it Cabo das Agulhas, Portuguese for "Cape of Needles", after they noticed that the direction of magnetic north (and therefore the compass needle) coincided with true north in the region. 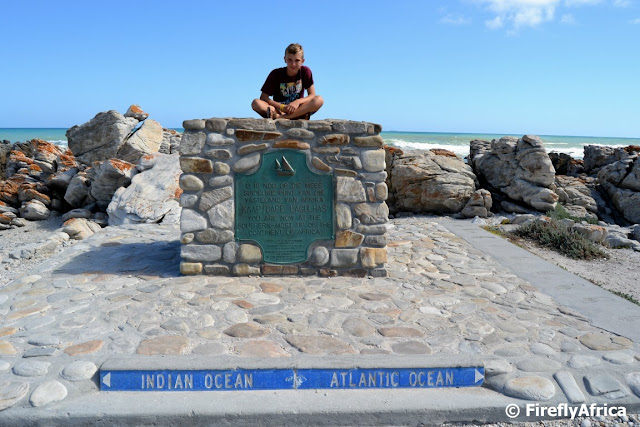 Chaos Boy who was the most excited about seeing the most Southern point was rather disappointed what what he saw when we got there.  Cape Agulhas is relatively unspectacular with a gradually curving coastline and a rocky beach.  To be honest, if it wasn't for the small stone monument and plaque, one would probably not even know that you are actually standing at the cape.  The significance isn't lost on you when you are there though and we joined the other tourists in a line for our turn to take photos. 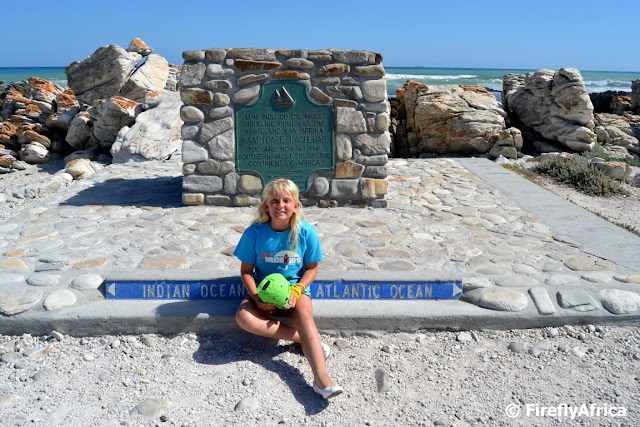 Drama Princess wasn't really bothered about the cape, although she had to pose for a picture as well.  She was more worried about finding one of the oldest Geocaches in South Africa nearby.  Something we did afterwards by the way.

Cape Agulhas may not be as spectacular as Cape Point but it's still very cool to be able to say one has stood at the most Southern point of Africa.
Posted by Firefly the Travel Guy at 7:30 AM