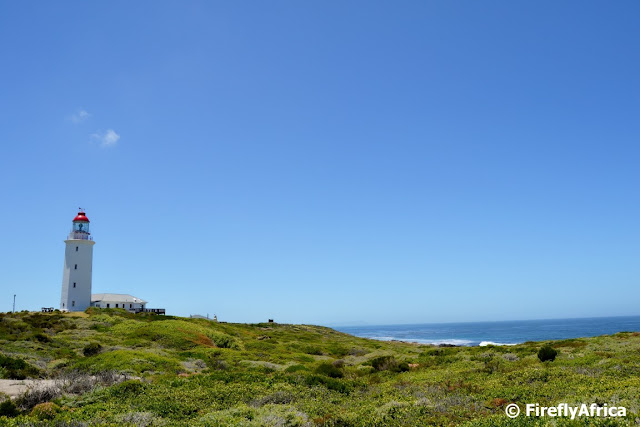 South Africa has some famous lighthouses. Cape Point, Green Point, Agulhas, Great Fish and Umhlanga just to name a few.  There are close to 50 lighthouse along the South African coast though and some often receive very little publicity because they are very much off the beaten track or just don't get visited as often as the well known ones.  During our camping holiday at Vloedbos in the Overberg we spent one day exploring the coast between Gansbaai and Agulhas and I got to visit the Danger Point Lighthouse just outside Gansbaai for the first time. 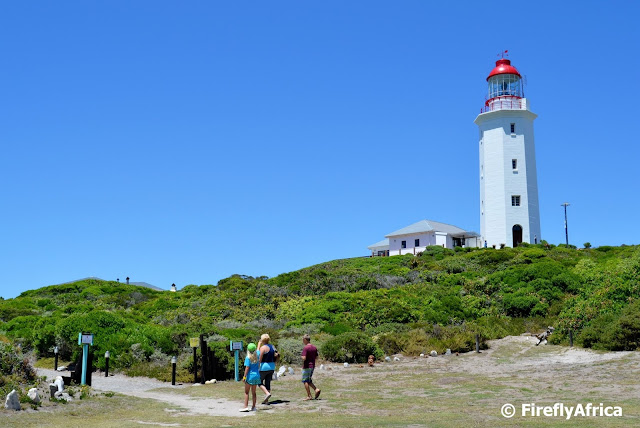 Bartolomeus Dias landed at what is now known as Danger Point on 16 May 1488.  He originally named it Ponte de Sao Brandao.  The name Danger Point comes from the dangerous reefs and rocks below the water which make it very dangerous for ships to sail close to the coast.
The most famous ship to be wrecked off Danger Point was the troopship HMS Birkenhead.  It was wrecked about 1,6 km from Danger Point in 1852, three years before the lighthouse was built, on a barely visible rock now named Birkenhead Rock.  The ship carried young Welsh and Scottish soldiers as well as their officers and families, on their way to Eastern Cape to fight the Xhosa.  The Birkenhead became famous as it became the first wreck where the captain called "women and children first".  All women and children were saved but most of the men perished. 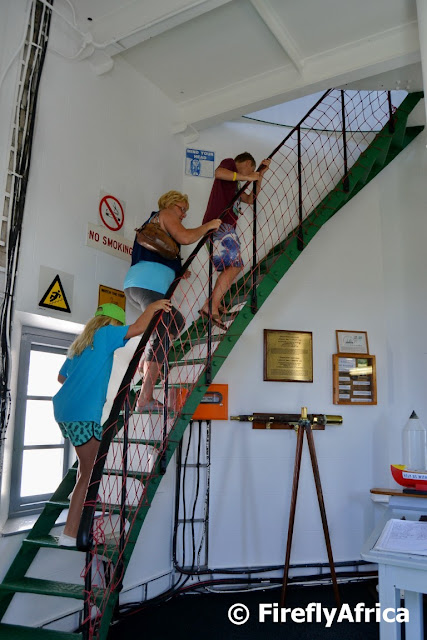 Out little lighthouse expedition was a lot less eventful although I did follow the women and children protocol to allow me to get some pics of the family shuffling up the exposed stairs. *smile* 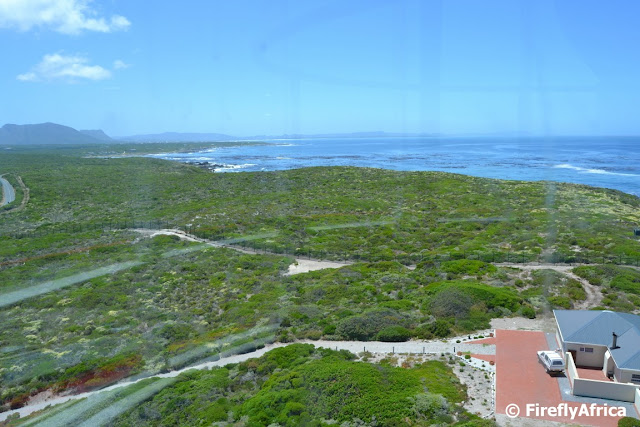 You can see for miles from the top and it's clear why it is easy for a ship sailing close in shore to get into trouble here.
﻿ 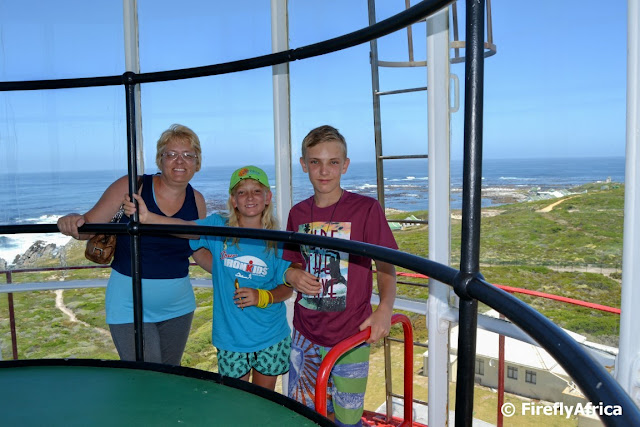 We fortunately didn't run into any trouble and avoided any collision with the rocks.  Unfortunately there weren't anybody else at the top of the lighthouse to take a family photo so here is one minus yours truly.  Once again just a little exploring took us to yet another new place.  It makes it hard to understand why some people never want to go anywhere and just sit in front of the tv or go walk around shopping centres.
Posted by Firefly the Travel Guy at 4:10 PM