Blue and yellow on the Knysna Lagoon 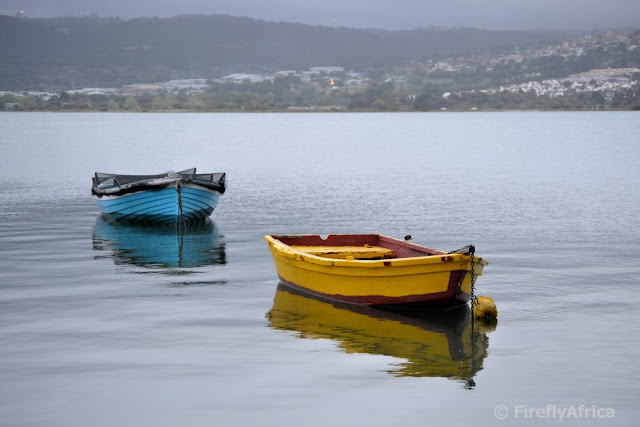 It was a late afternoon on a gloomy day, our only day, in Knysna and I was taking a walk around Leisure Isle with a couple of friends.  The mission was actually one of a Geocaching kind, but two of us had our cameras with us as well and once the cache was found it became a photography trip.  With not a lot of sunshine around it meant that there would be no spectacular lagoon sunset so we found ourselves a couple of subjects in these two row boats moored a few meters away from the island.  It wasn't long and we were both flat on our tummies to try and get a low angle and a nearby fisherman was so interested in what we were doing that he nearly missed the slight tug on his line.
Posted by Firefly the Travel Guy at 3:05 PM