Driving on the dunes at Brakkeduine 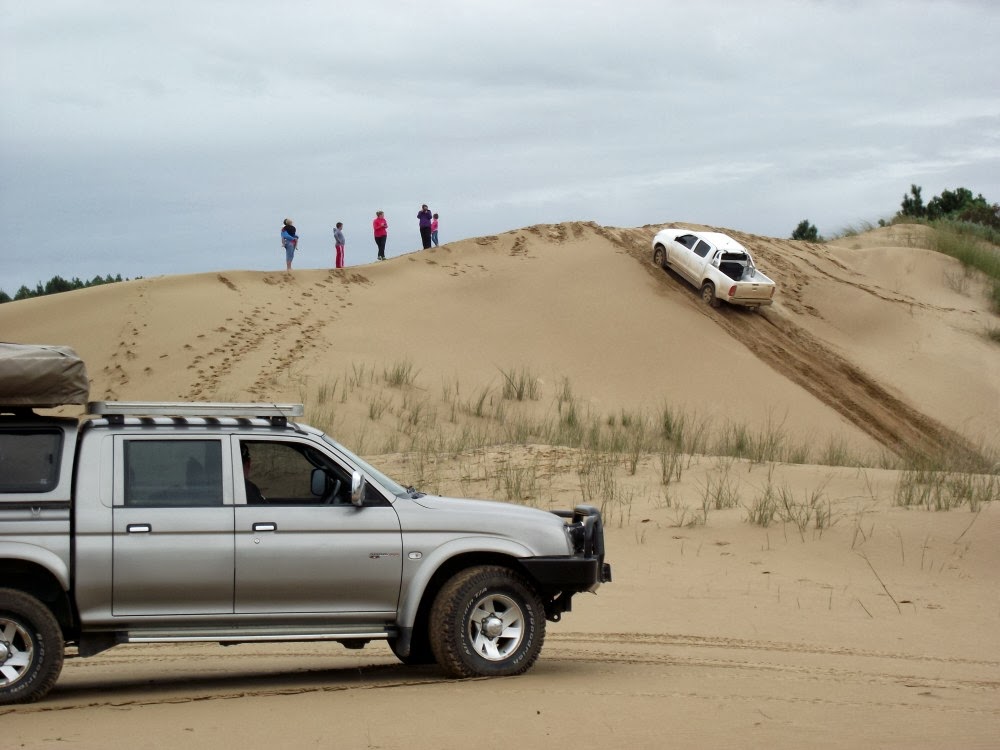 Boys will be boys and when it comes to boys and their 4x4 toys there is no stopping them.  When the South African government banned driving on beaches both the angling and 4x4 fraternities took a big knock.  The anglers couldn't go as far along the beaches as they used to or had to find overland shortcuts while the 4x4 okes had to stick to mountain trails and off road paths.  There is one place I know of where the boys can test their toys and sand driving skills though.  Brakkeduine close to Oyster Bay (and St Francis Bay) in the Eastern Cape. 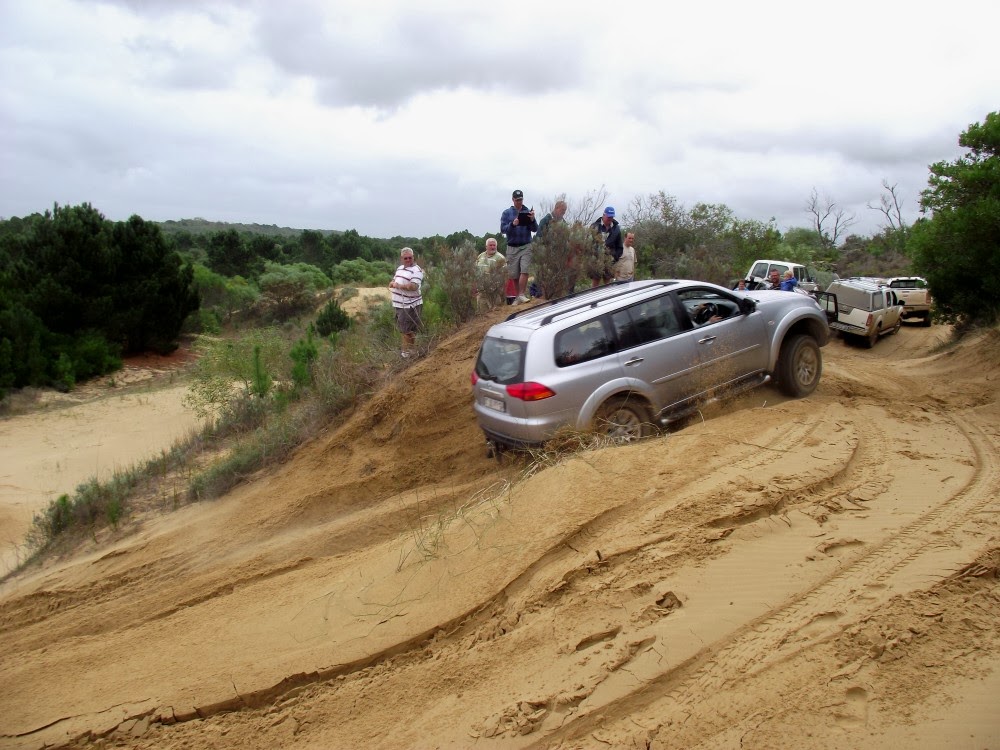 Brakkeduine offers a beautiful grassed campsite on the banks of a dam with a long slippery slide and zipline into the water.  But it's the natural inland dune field that attracts 4x4 enthusiasts to Brakkeduine.  They offer guided trips following a set route with drivers given the opportunity to test their skills going up and down the dunes either on the straight or around turns, pushing their vehicles to the max. 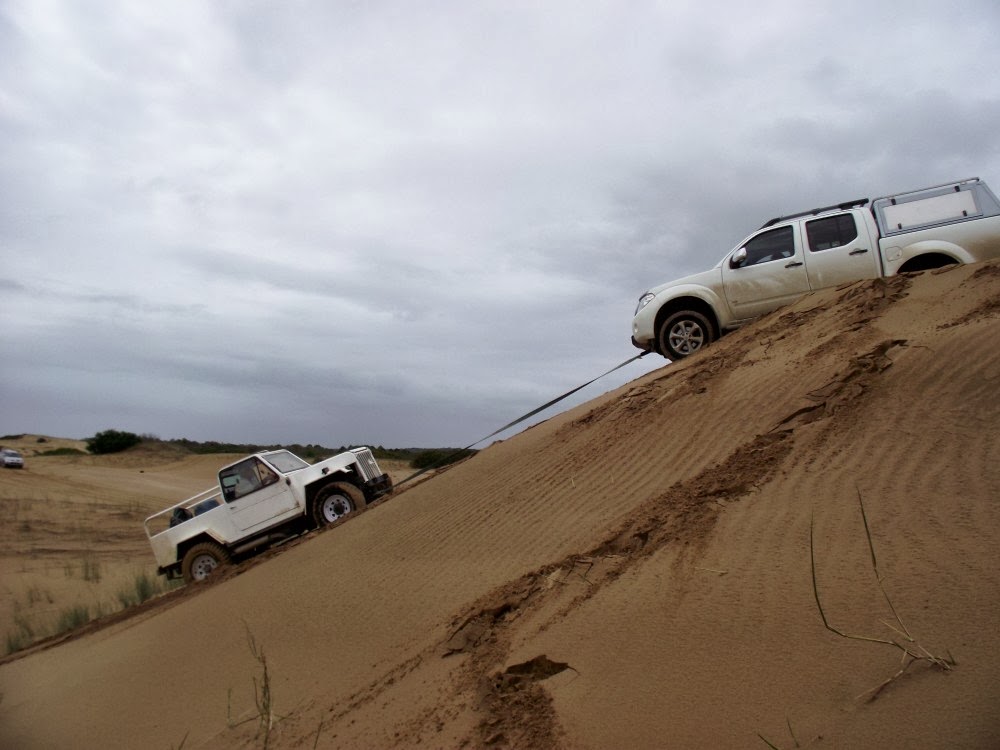 The trips are led by experienced 4x4 drivers who know the dunes like the back of their hands and will show the way to approach each "obstacle" first before the others attempt it.  They come prepared to assist if anything happens, anything being a wheel popping off the rim or getting stuck on top of the dune like the one on the picture above. 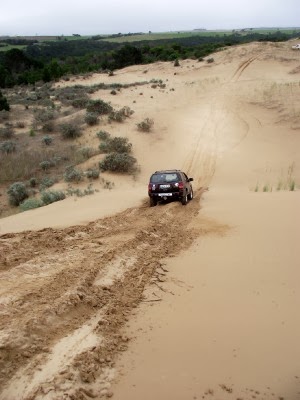 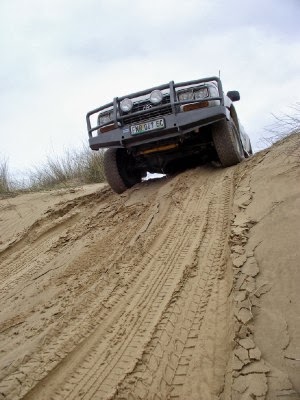 I'm not a huge 4x4 enthusiast and don't own a 4x4, but we have camped at Brakkeduin on two occasions and both times I tagged along on a trip into the dunes.  I may not have had a chance to drive the route, but I had lots of fun taking photographs of it. 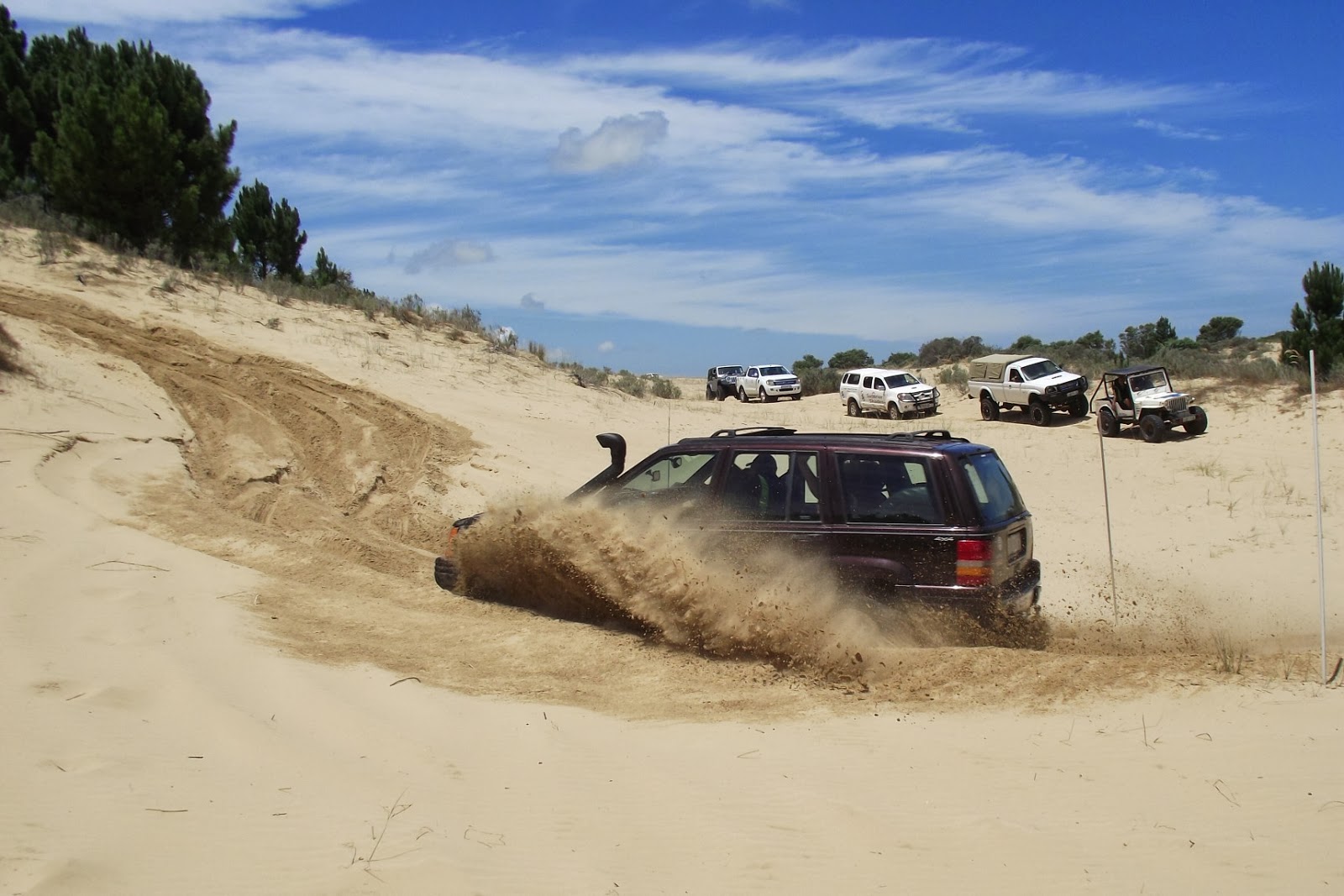 As the whole group stops at each obstacle it gives the drivers and passengers the opportunity to get out and watch the other vehicles.  The amount of jokes and chirps heard on the trip is amazing as they guys gun each other when they fail an attempt. 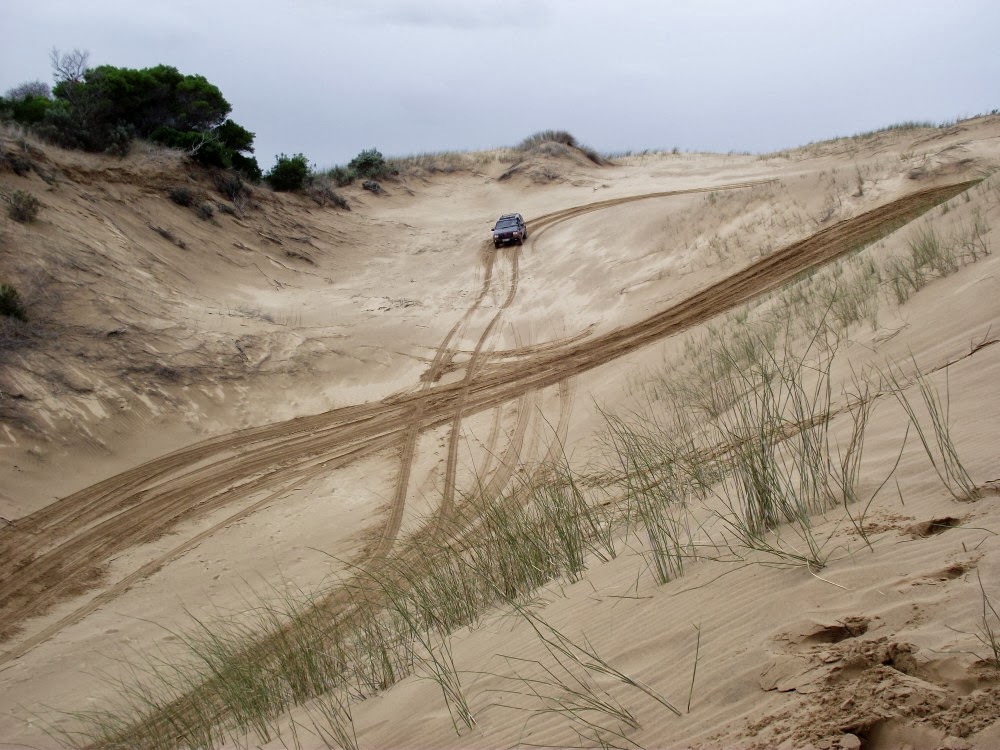 The very last stop is at the Rollercoaster where the drivers get a chance to really play on a slightly longer route than the previous obstacles.  If you are into 4x4'ing then Brakkeduine is an experience that you just can't afford to miss.  Specifically because of the opportunity to drive on dunes.