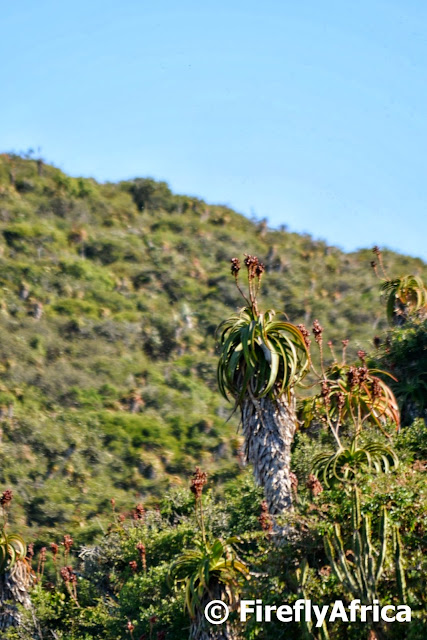 South Africa boasts seven biomes or plant kingdoms and Port Elizabeth is fortunate that five of the seven occurs within the Nelson Mandela Bay metro boundary.  One of the biomes which is found largely in the Eastern Cape is the Valley Thicket Biome, previously called Valley Bushveld.  The biome is found mostly in river valleys and is characterised by dense evergreen shrub vegetation.  Closer to the coast the thicket is most dense with thorny shrubs and an undergrowth of creepers and succulent plants. Further inland where the climate is drier the vegetation becomes less intense while in mountain valleys you will find predominantly succulent vegetation.  The majority of vegetation in the Addo Elephant National Park consists of Valley Thicket with Spekboom being prevalent.  The big advantage of Valley Thicket is that it has an exceptionally high carbon dioxide storage ability and is seen as an important area to buffer the effects of climate change.
Posted by Firefly the Travel Guy at 1:09 PM