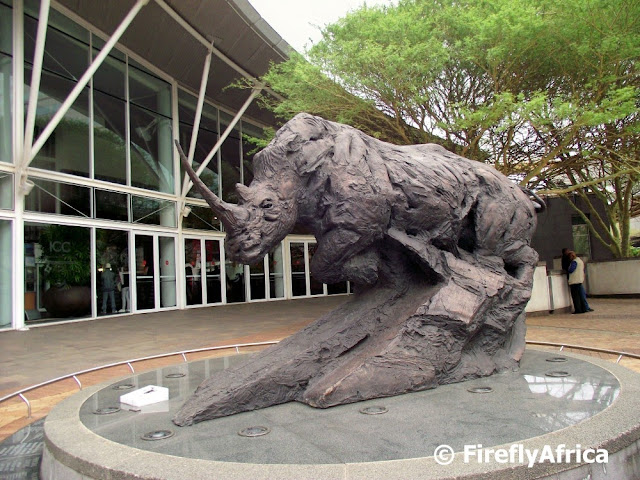 I can't think that there are many people out there who doesn't know about the plight of the rhino yet 618 rhino has been killed by poachers in South Africa this year so far to satisfy the demand for rhino horn in the East.  At this rate rhino could disappear of the face of this earth before I have grandchildren one day and posts like this would only be possible with old photos or ones like this rhino conservation piece outside the Durban ICC.  In 2010 the WWF South Africa established World Rhino Day to take places annually on 22 September to focus on raising awareness on the increased threat of rhino poaching and the illegal trade in rhino horn. The day has become a global phenomenon and gives concerned citizens the opportunity to stand up for rhino conservation.  This year the campaign was taken another step up with the appeal to Twitter users to use the hash tag #iam4rhinos and get 1 000 000 tweets for rhino conservation.  As I'm typing this the number is standing on 130 336 130 341 130 357 130 400 and counting.  Keep track of the campaign on #Iam4rhinos. 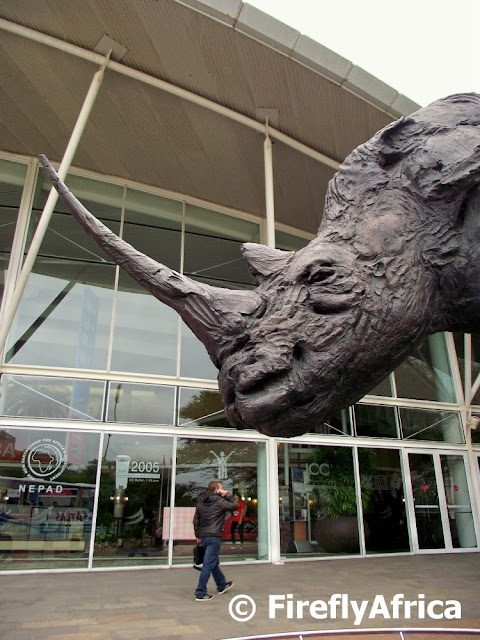 The idea for the bronze rhino outside the Durban ICC was born during the planning of the Fifth World Parks Congress which took place in the city in 2003.  The rhino is installed on a plinth with the following inscription:  "The White Rhinoceros" This dramatic and powerful animal is a symbol of the contribution made to SOUTH AFRICA by BIODIVERSITY CONSERVATION the endeavours of which have led to the RESTORATION OF OUR WILDLIFE HERITAGE and A MASSIVE CONTRIBUTION TO THE ECONOMIC GROWTH OF SOUTH AFRICA. It also celebrates the holding of the Fifth World Parks Congress at the Durban ICC, September 2003. Commissioned by THE CONSERVATION TRUST".
Posted by Firefly the Travel Guy at 7:39 PM