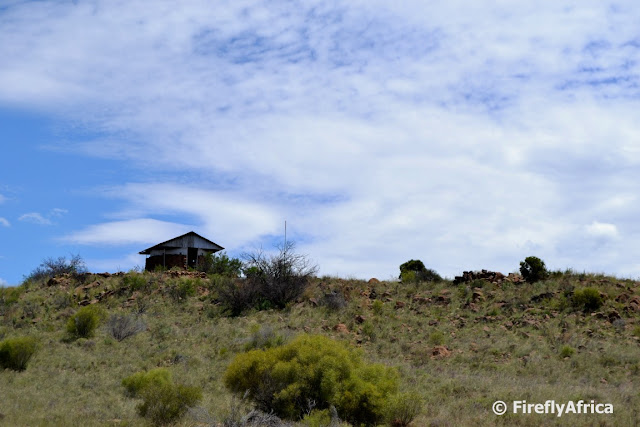 About 35 clicks north of the Gariep Dam just off the N1 towards Bloemfontein stand a blockhouse looking out over the surrounding landscape.  Most passing motorists probably don't even notice it but the fact that there is a Geocache located there has put it on my radar.   On the previous two road trips north I just looked up at it in passing, but on my last trip to Johannesburg I decided to pull over and make my way up for a closer look. 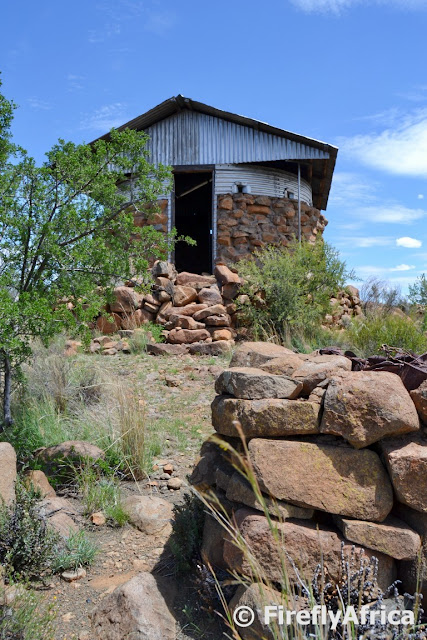 The blockhouse is located near the town of Springfontein and dates back to the Anglo Boer War (1899 - 1902).  It was used by the British to keep an eye out for advancing Boer forces.  This was one of about 8 000 such blockhouses built around the country during the war. 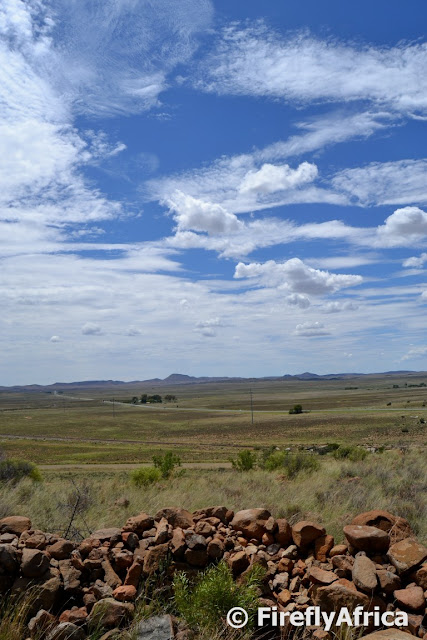 A blockhouse such as this would have had seven soldiers stationed there for periods of about three months at a time.  As nothing happened most days it would probably have been a very boring job being based there. 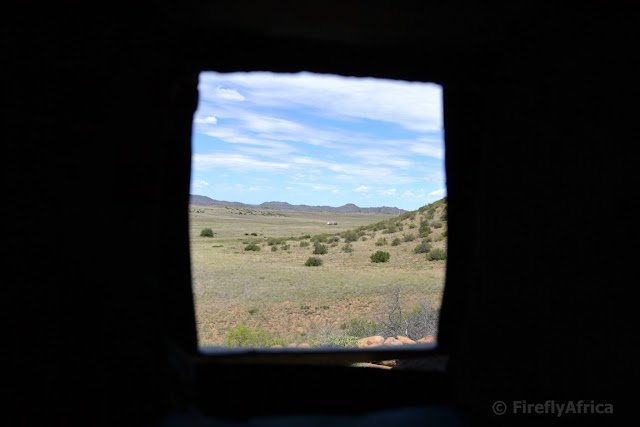 Springfontein played a very big role in the war.  It was the site of the largest field hospital in the southern hemisphere as well as a concentration camp that held nearly 3000 Boer women and children.  Its also where the railway lines from Cape Town, Port Elizabeth and East London came together and thus of vital strategic importance. 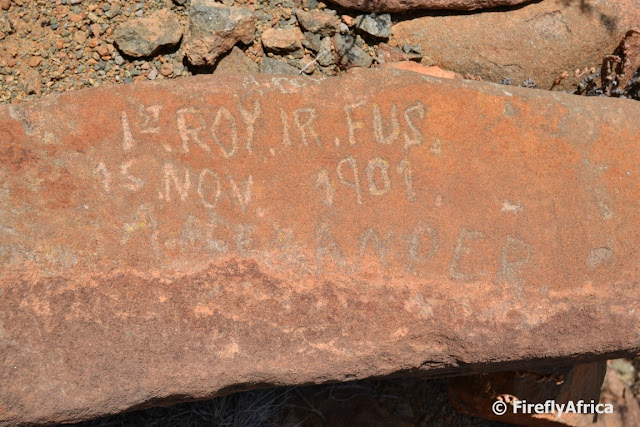 I didn't have a lot of time to spend there that day as I still had a long drive ahead, but I can imagine that just sitting there in silence taking in the view and the environment would be a relaxing experience on its own.  Perhaps propping one self up against the stone wall in the shade with a good book is just what the doctor ordered.  Just not in the middle of summer.

Posted by Firefly the Travel Guy at 3:19 PM