A Tsitsikamma Canopy Tour with the family 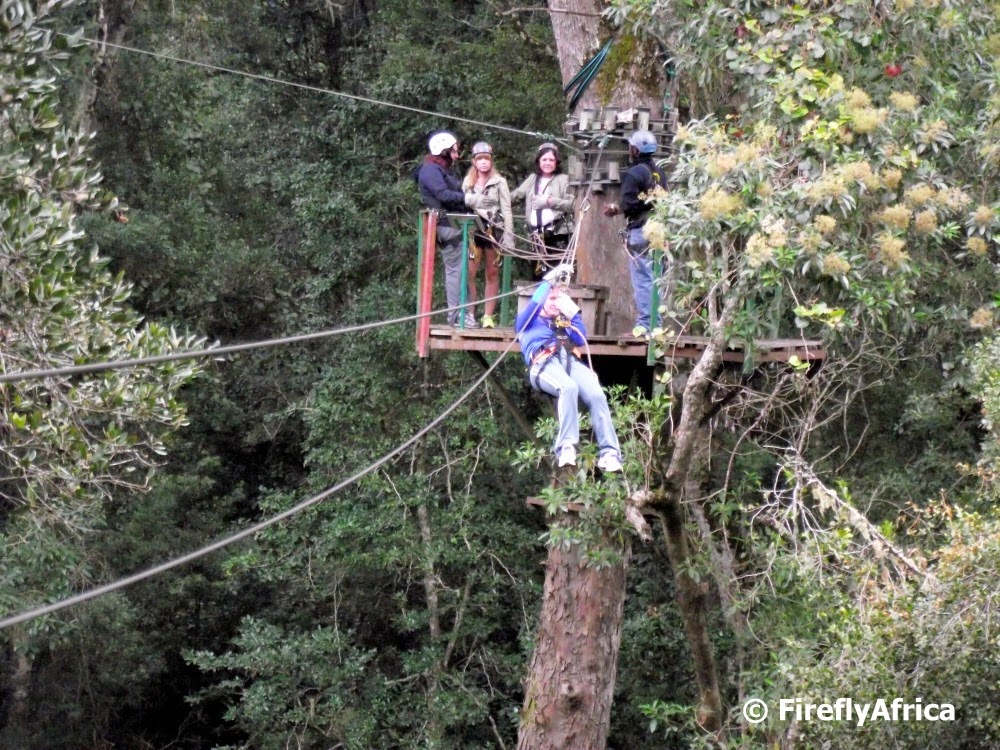 Is it a bird? Is it a plane? No, its Firefly and the Famdamily.  Well, that is what you would have said if you were on a walk in the Tsitsikamma forest the other day.  I'm in the very fortunate position that I have had the wonderful privilege to go on the Tsitsikamma Canopy Tour in Storms River a couple of times before, but I've always wanted to take the family for them to experience it as well.  I'm not much of an asker (or demander like some people I have encountered over the years) but a passing mention in a random conversation led to an invitation from Anneline of Storms River Adventures for us to come and have this wonderful experience while on our Tsitsikamma Sho't Left weekend in Eersterivier.  I'm not sure who was more excited, the Damselfly or the KidZ. 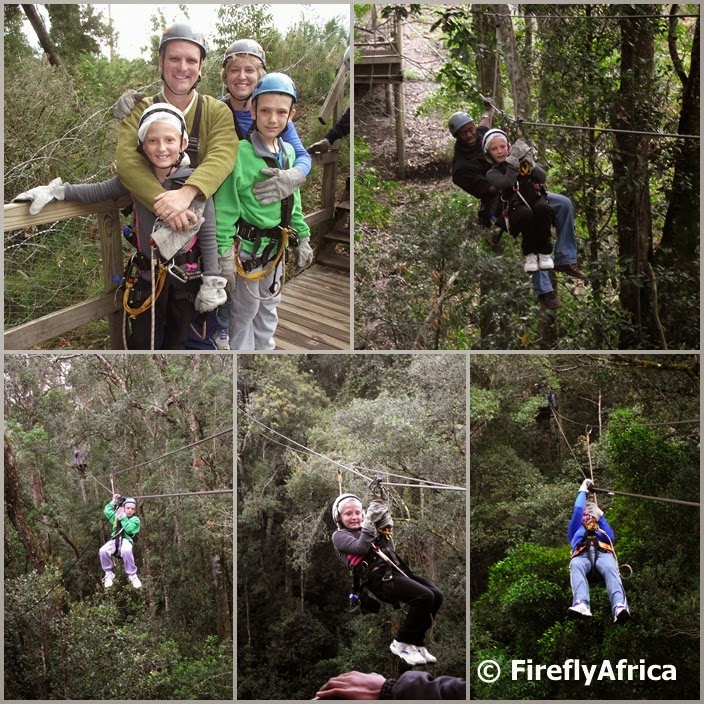 I know the guys at Storms River Adventures deal with children every day, but I was still slightly nervous about Drama Princess as she can be a bit of a, well, drama princess.  While Chaos Boy and his mom was all eager beaver, you could see Drama Princess wasn't totally convinced and asked lots of questions before the trip.  At arrival I had her ready to go and kitting up went well.  The guides explained everything and a thorough safety briefing was done.  We were joined on our tour by three other South Africans which meant that I was hoping for no hiccups.  At the first platform when the leading guide asked who was going first, Chaos Boy jumped at the opportunity.  He had absolutely no nerves and from the first slide already looked like a seasoned zipliner.  The Damselfly was up next and gave a little yell as she pushed off on her first slide.  Not a scared yell but more of a mixture of excitement and nerves.  When Drama Princess' turn came she was hooked on and then pulled the hand brake. Oh no!  I really want her to have the experience but the going alone thing got to her.  No worries, the guide was on it.  He unhooked her and let the rest of us go before hooking her back onto the cable as well as onto him.  All she had to do was hang there and he did the rest.  Problem solved. 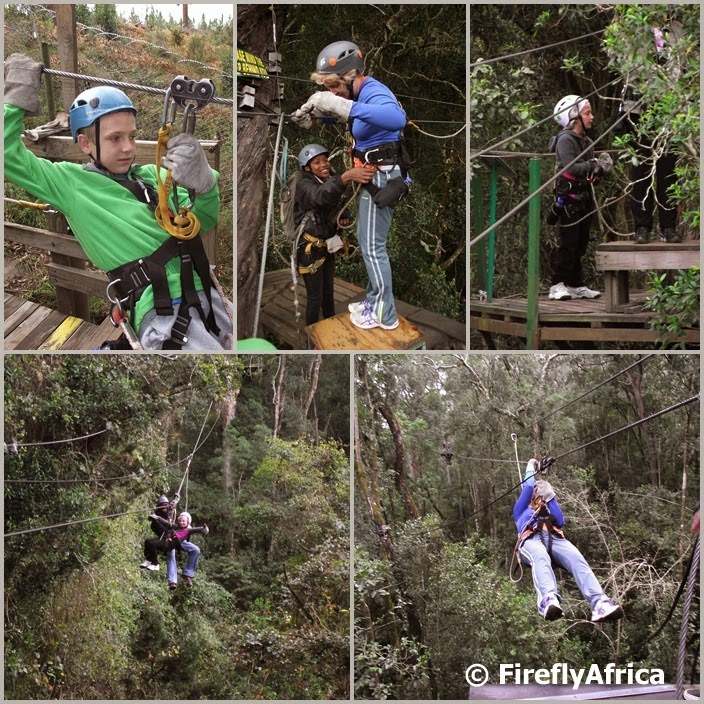 Even though, like I mentioned, I've been before, the Tsitsikamma Canopy Tour will never get old for me.  Its a fantastic experience and like with game drives and other tours no two are alike because of the people on the trip and how they experience it.  The Canopy Tour has ten slides and, as you must have gathered, there are two guides with you at all times.  The first guide is the safety guide who goes first every time to operate the braking system for those who don't stop in time themselves.  The following guide tells the group more about the forest and what you see along the way.  They name the trees and point out interesting things like the baboons foraging on the forest floor below us and the three Knysna Loeries hopping around in the trees about halfway through our trip.  I even had two of them sweep past me as I started out on one of the slides. What an experience!
The Tsitsikamma Canopy Tour is one of those must do activities if you are travelling on the Garden Route.  Anybody can do it (that Drama Princess proved to us) and its a great way to see the forest from a different perspective and the kind of activity everybody should do at least once in their lives.  A big thank you for making this a truly memorable Sho't Left with the Famdamily.
Disclosure:  We went on the Tsitsikamma Canopy Tour as guests of Storms River Adventures.
I received no further remuneration and keep full editorial control over the post.
Posted by Firefly the Travel Guy at 10:31 AM