A calf was born - an unforgettable experience 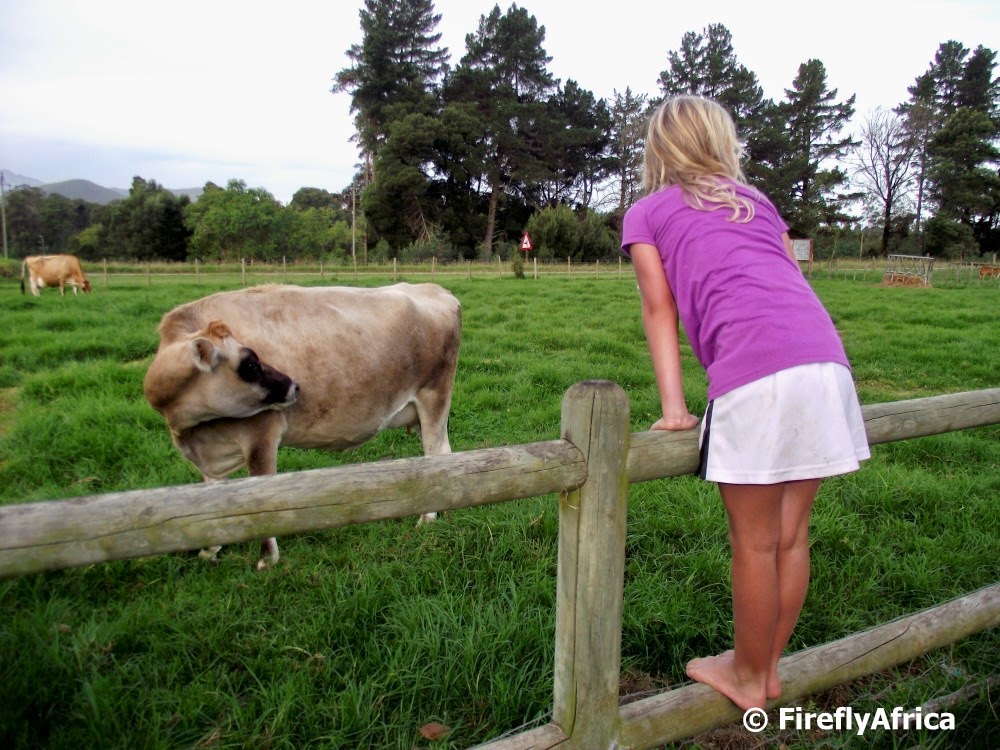 I remember when I was about 8 or 9 I got to see a cow give birth on a farm I went to with my grand parents.  Its something I never forgot and I always wondered if my KidZ, being city kids, would ever get the opportunity to see it happen.  During our Sho't Left Easter weekend at the Crags we visited the Natures Way Farm Stall across the road from the campsite a couple of times.  Natures Way is situated on a commercial dairy farm and they kept the pregnant fairies in a camp next to the farm stall. The day we got there two cows have just given birth and we were hoping that one of the other three would calf before we left.  Drama Princess went to check every day but it didn't look like we were going to have any luck. 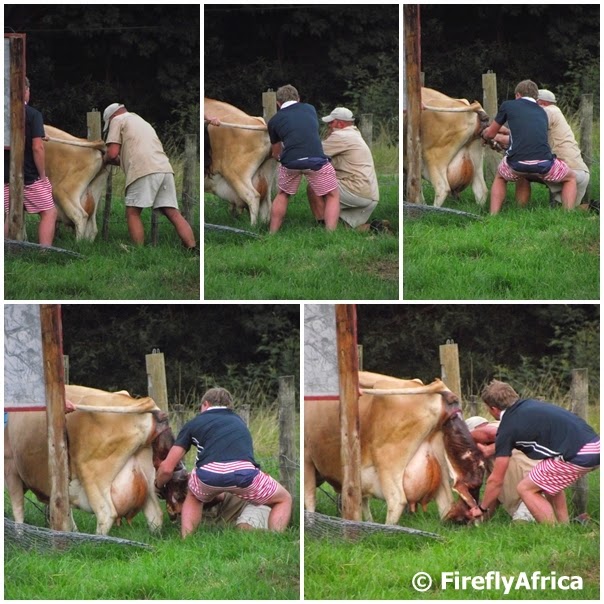 That was till the last afternoon when the one cow started to show signs of wanting to pop her calf out and we (along with a number of other curious people) kept a vigil next to the camp.  By 5pm the farmer arrived to have a look and he decided that he may have to give a hand.  The farm foreman and another guy arrived and after a while stepped in.  The process started with the foreman doing something I wouldn't do, grabbing the calf's two legs and tying them together.  From there it was like a tug-of-war with the two pulling while the farmer held the tail out their way and kept the cow calm.  After what felt like ages the calf arrived. "Its a boy!" But he wasn't moving... The onlookers got quiet... One lady wiped away tears...  The farmer came over slowly... The Damselfly carefully asked if the calf was alive... "Yes he's fine. Big strong bull calf," the farmer answered. *loud sign of relieve and an applause* 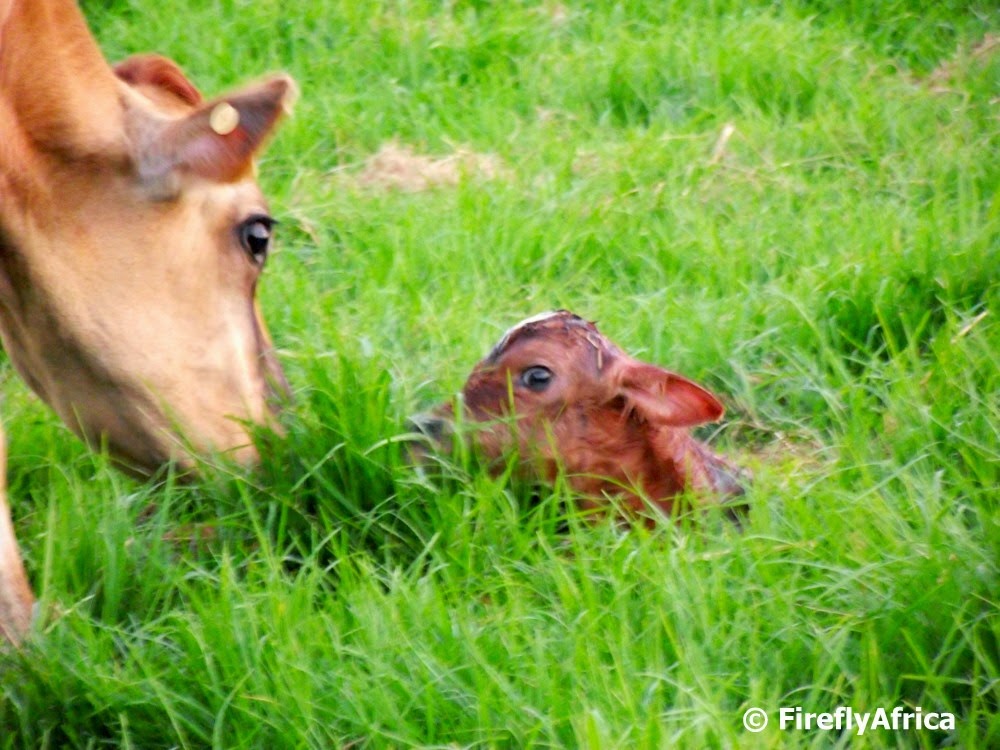 
I think of all the experiences from this weekend this is the one that will stay with the KidZ for the longest.  Something most city kids never get to see.  The birth of a calf, an unforgettable experience.
Posted by Firefly the Travel Guy at 1:36 PM