I flew in a helicopter 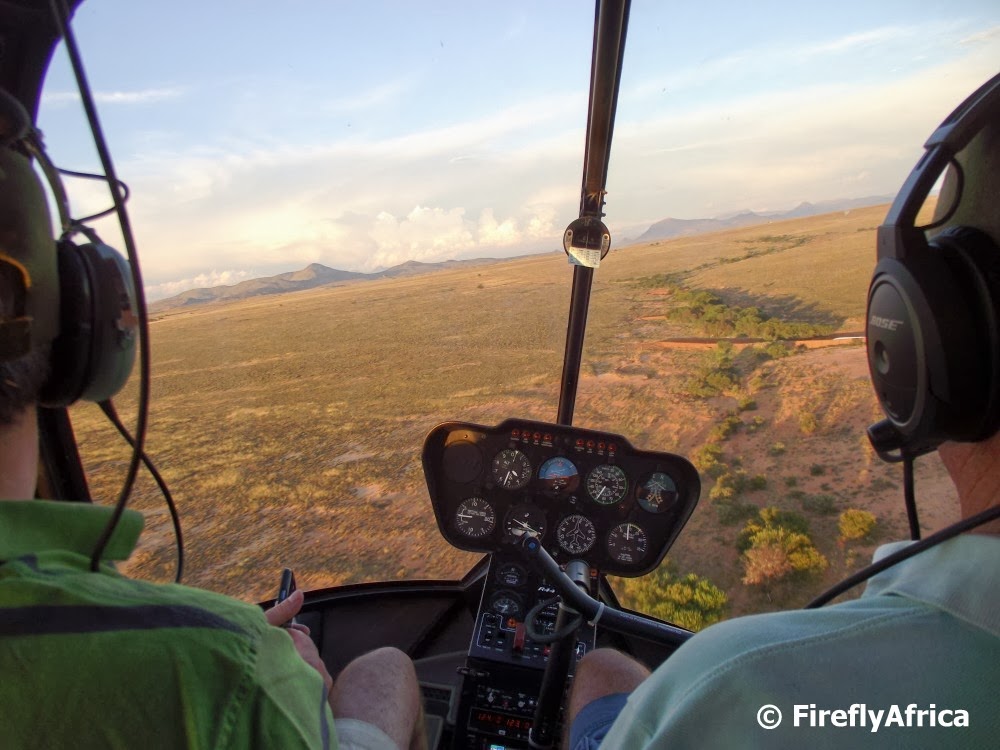 I'm not a regular flyer.  The first time I got to fly was in a Jac (similar to a Harvard), a flight I would never forget as the pilot did two rolls with this very nervous and acrophobic passenger in the back.  Since then I have become a lot better and over the last seven years got to fly a couple of times a year on passenger planes both around South Africa and internationally.  All that said, I still haven't been up in a small plane again and have never had the opportunity to go up in a helicopter.  I did a hot air balloon once, but never a helicopter.  That was until a couple of weeks ago.  I went to Cradock for a meeting and stayed at the excellent Tuishuise.  Lisa and David of Tuishuise invited me along for a late afternoon visit to a nearby game farm and while there Mike, the owner, asked if the guys wanted to go for a quick flip in his helicopter around the farm with him.  Well, lets see. We thought about it for probably a quarter of a second.... if that long. 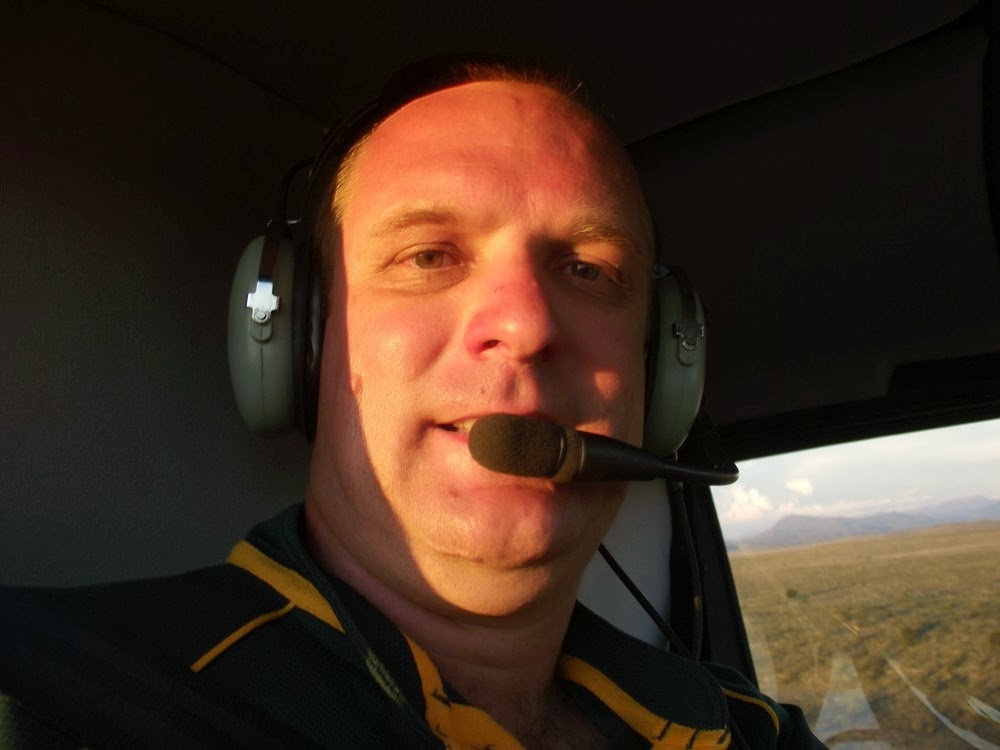 Twenty minutes later we were up in the air and I was taking selfies.
Ok, just one as proof that I was there. 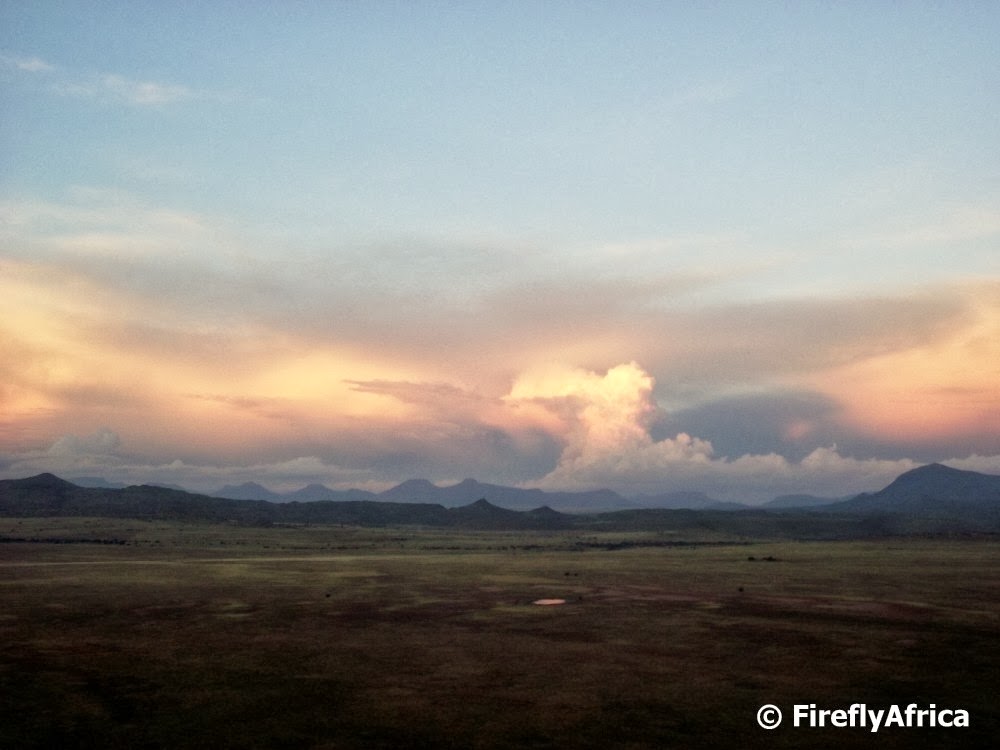 My camera was a bit slow to get any animal pics in the fading light, but the landscapes were irresistible.  The sun was setting behind us and coloured the clouds on the horizon beautifully. 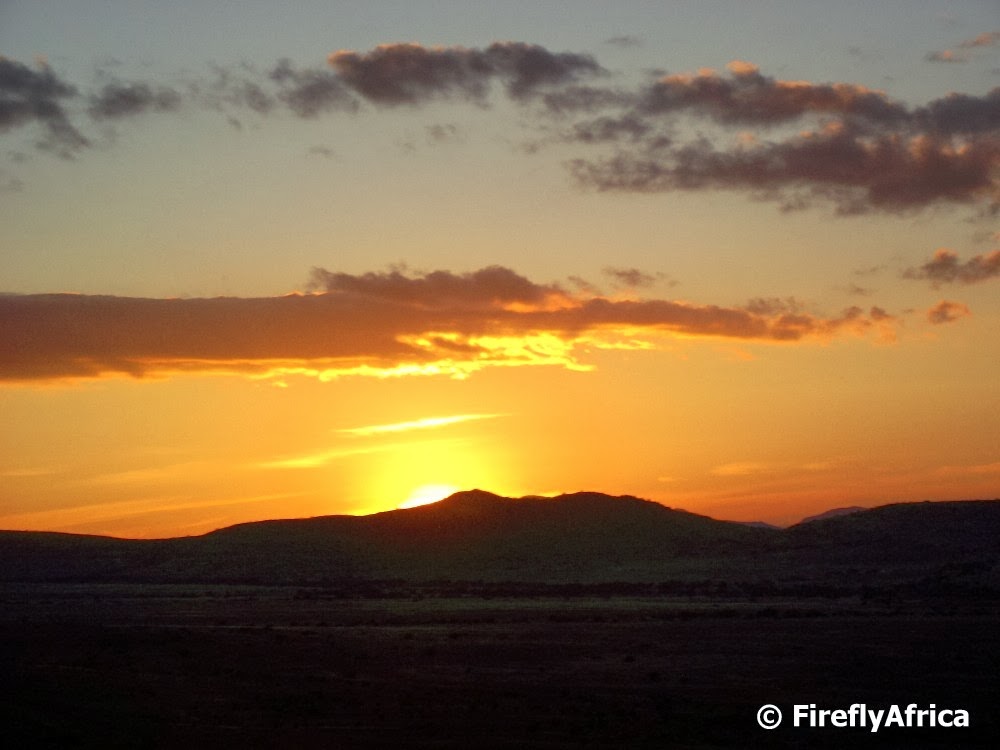 We also turned around just in time to see the sun set over the Karoo landscape in the west.  What more do you want.  But the experience was nearly over and we were heading back. 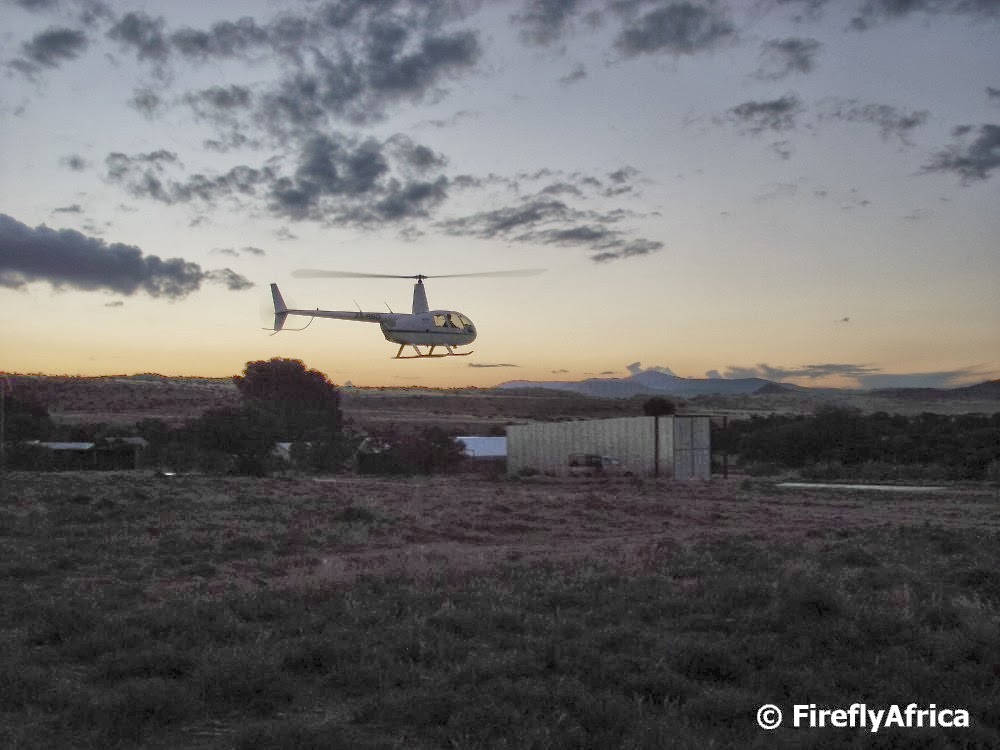 As the wind had come up while we were in the air, Mike dropped David and I off in the veld and took the helicopter in solo to land on the landing pad next to the chopper shed.  Oh man, what an experience.  One I will cherish and remember as much as the "flipping" Jac flight.
Posted by Firefly the Travel Guy at 2:00 PM