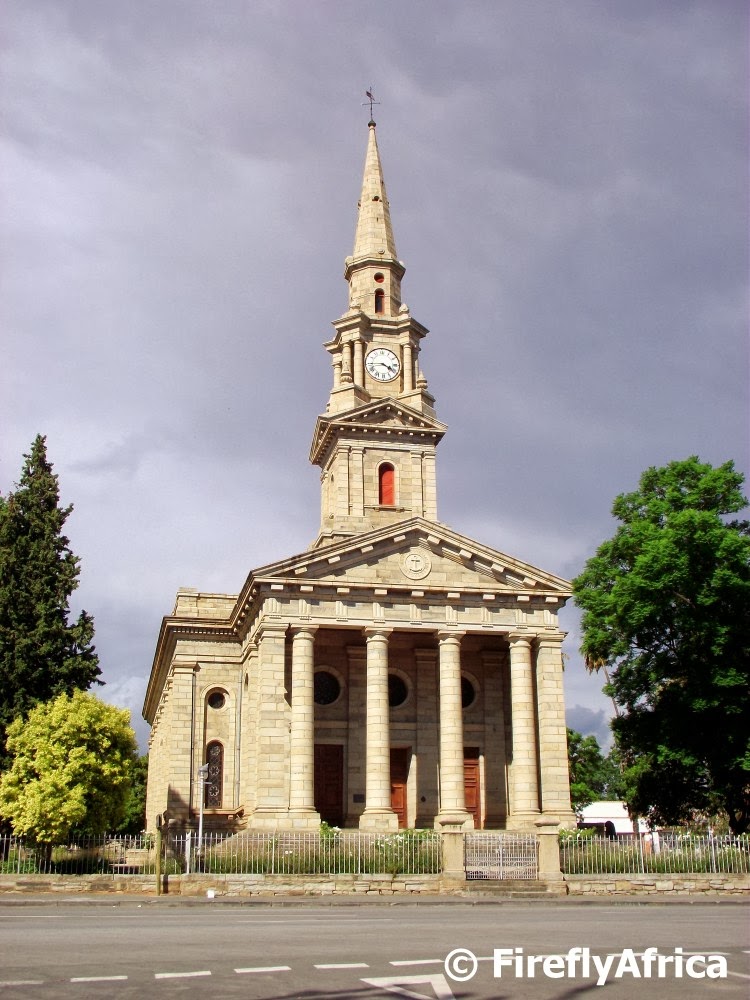 The Dutch Reformed Church at the top of Church Street in Cradock is probably this Karoo town's most imposing landmark.  The first Dutch Reformed congregation in the town was established in 1824 and the church was the town's first.  Paul Kruger, who went on to become the President of the Transvaal Republic, who was born on a farm near Bulhoek south of Queenstown in 1826 was christened (by a Welsh pastor) in the original church and his name appears in the register.
The present building, the "Moederkerk" (mother church), as it stands today was completed on the same site as the first church in 1868 at an apparent cost of some £ 24 500 .  The design was based on the ``St Martins-in-the-Fields" church in Trafalgar Square in London.  An interesting fact is that during the Anglo-Boer War, the roof of the church was used as a look-out post by the British soldiers who occupied the town.
Posted by Firefly the Travel Guy at 9:11 AM