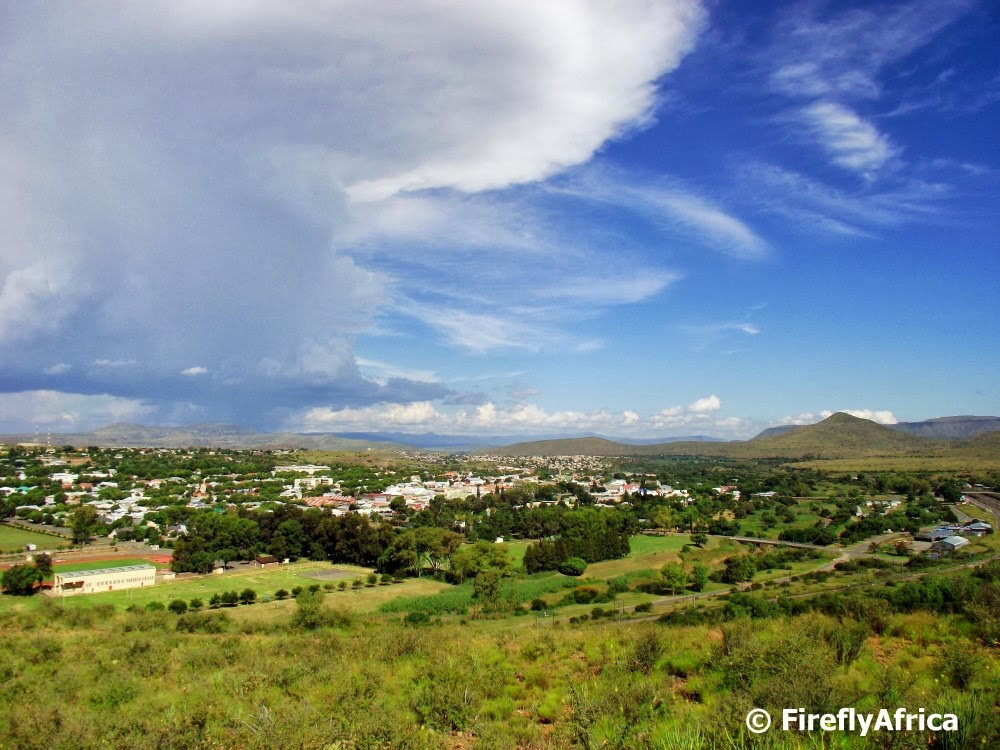 Cradock is one of the main towns in the Karoo Heartland and this year celebrates 200 years since being founded.  By the late 1700's Graaff-Reinet had been established as a magistrate district and Dutch farmers has settled in the area.  In 1814 Sir John Cradock decided to build a series of forts along the lower Fish River and all the way up to present day Cradock to try to contain the Xhosa people to the East of the Fish River which by then had been proclaimed the boundary by the Government of the Cape.  Although Cradock started as a fort it never saw any action and slowly developed as a town.
In the early days the town was home to a number of artisans but today is very much central to farming in the district.  The Karoo produces some of the best wool and mohair in the world and is a major meat supplier (lamb and beef) with the Karoo bush imparting that typical Karoo flavour to the mutton.
Tourism in the town revolves around three things, its history, the nearby Mountain Zebra National Park and the Great Fish River that flows past the town.  Cradock is also an ideal stop-over for travelers on their way to and from the coast.


The picture of Cradock was taken from the summit of Oukop to the north-west of town.
Posted by Firefly the Travel Guy at 11:03 AM