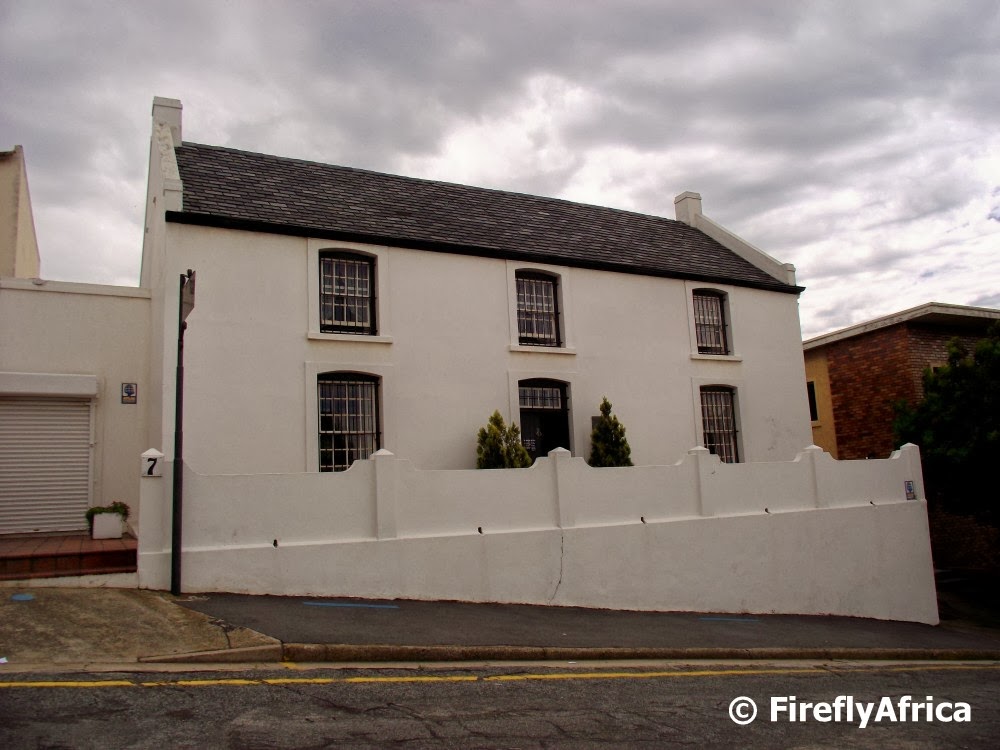 Sailing into Algoa Bay as one of the 1820 British Settlers, Reverend Francis McCleland would have been standing on deck looking out over the bay towards the beach, little knowing what awaited him in the Cape Colony and how he would influence what would become Port Elizabeth.  Rev McCleland became the colonial chaplain in Port Elizabeth and oversaw the building of St Mary’s Anglican Church (later declared a cathedral) which was completed in 1834. Only a couple of years before, in 1827, he bought a piece of land on Castle Hill for three guineas (three pounds and three shillings) and built a house for his family.  A building which is one of the oldest surviving Settler cottages in Port Elizabeth and today is a historic museum. 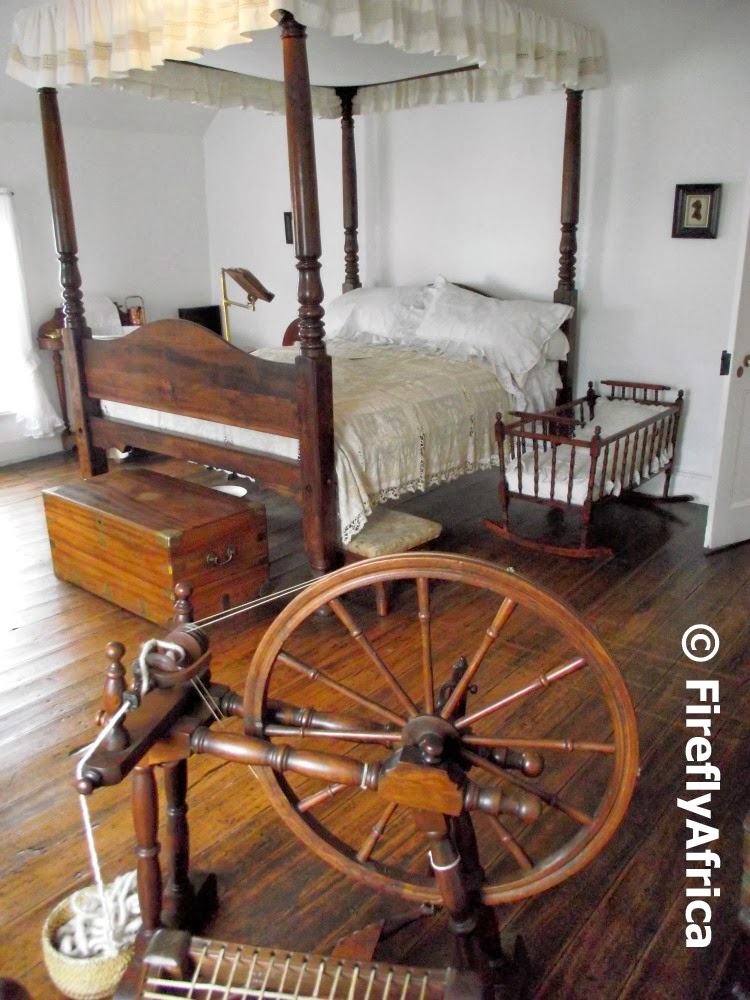 Visitors are met at the door by a very enthusiastic and knowledgeable Grizel Hart who is the curator of what is now the No 7 Castle Hill Museum.  No 7 opened as a historic museum in 1965 and is furnished in period to show a picture of domestic life as enjoyed by an English middle class family in
mid-19th Century Port Elizabeth.  It really is the kind of place where kids will discover things they have never seen before in their lives while older folk will be reminded of items their grandmothers still had in their houses.  While Grizel shows you around you may just spot a couple of kids with sheets of paper in their hands moving from room to room like their looking for something.  Kids visiting the museum each receive a treasure hunt sheet of paper with drawings of furniture pieces and items found throughout the house to try and track down.  It's the best way to keep the kids interested and learning. 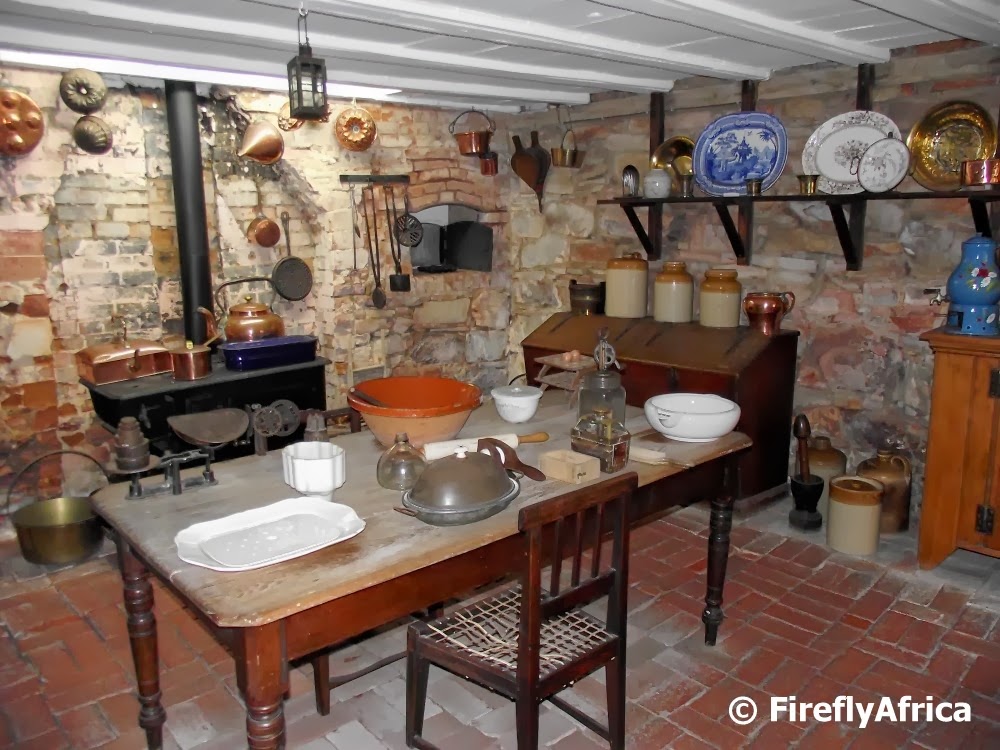 By far my favourite room in the museum is the old downstairs kitchen.  It really feels like every time I visit there is something new (or should we say old?) to see.  So of the things I remember from my grandmother's kitchen from years ago while others most people have probably never seen.  The ingeniousness of most of the old items does baffle one though because often you wonder why we can't have tools like that now. 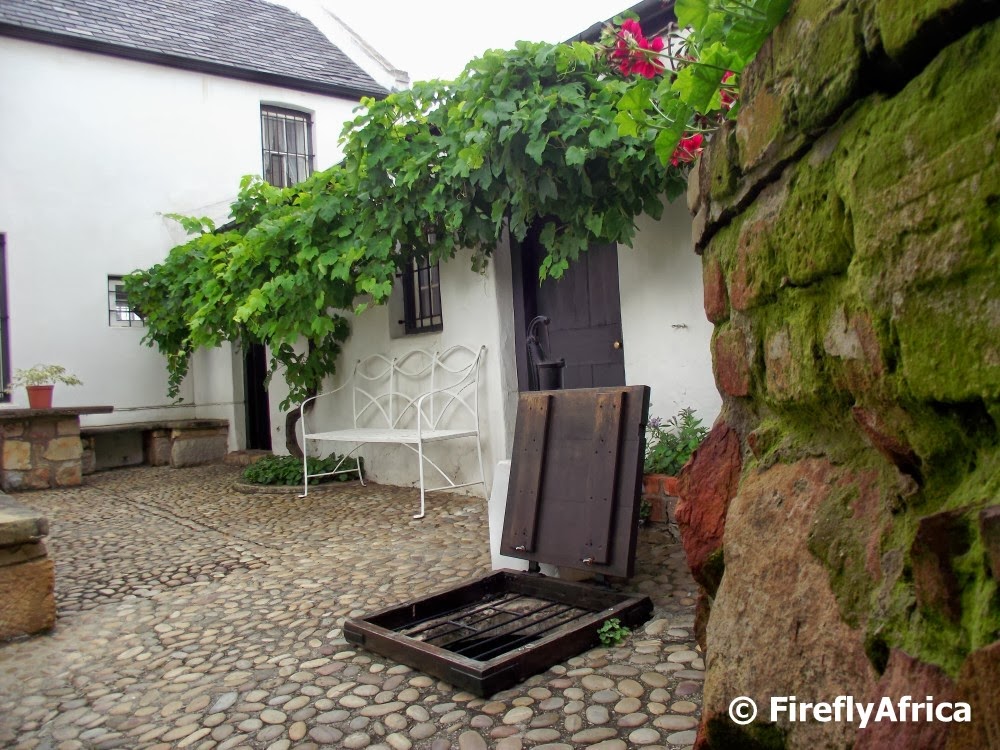 The museum's courtyard with it's cobblestones is another of my favourites.  The courtyard has a working water pump.  Water is gathered in the well from the roof and pumped out by hand for use.  I bet all the kids visiting the museum want to have a go at the pump and I have to say I often do as well.  Best of all (said wearing my Geocacher hat), there is a Geocache close by as well.
Posted by Firefly the Travel Guy at 3:00 PM