I am an African

I am an African.  My ancestors may have come from Europe in the late 1600's but that doesn't mean I still have links with that continent.  My parents were born in Africa and so was my grandparents and great grandparents and so I can go on.  I am of the African soil and is as much an African as any other person who lives on this continent.  In 1996, Thabo Mbeki, then vice president of South Africa under Nelson Mandela, did a speech in parliament on the occasion of the passing of the new Constitution of South Africa.  The speech was called I am an Africa.  SA Tourism used part of the speech in a promotional video and every time I see it I get quiet, contemplate and realise just once again that, even though I am white, I truly am an African.
Earlier in the week I was invited to a musical at Diaz Primary School in Algoa Park here in Port Elizabeth.  The play was called I am an African.  I wasn't quite sure what to expect but went with an open mind.  I was blown away!  The 1 1/2 hour production consisted of nearly 200 kids and told the story of South Africa's democracy.  Starting with Mandela's arrest the storyline includes the Soweto uprising, Mandela's release, inauguration and receiving the Nobel Peace Prize, SA hosting and winning the 1995 Rugby World Cup and the hosting of the 2010 FIFA World Cup.  The kids threw everything into it and I have to highlight at least one boy and one girl with exceptional singing talents.  The school is currently trying to get a spot at a theatre in the city to expose the play to more people and I really hope that they get the support (both financially and in audience numbers) they need to pull it off successfully. 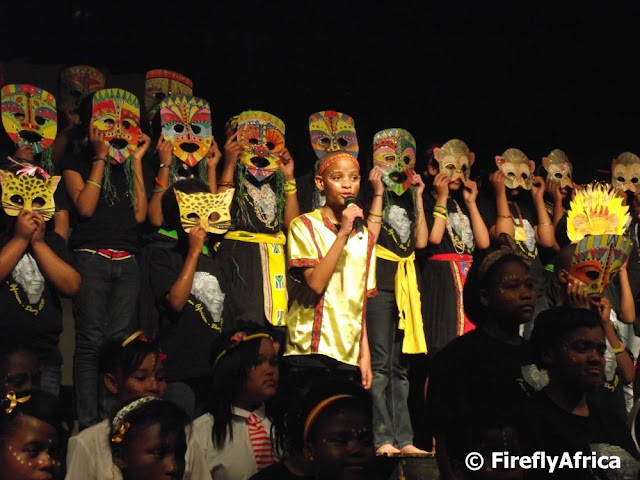 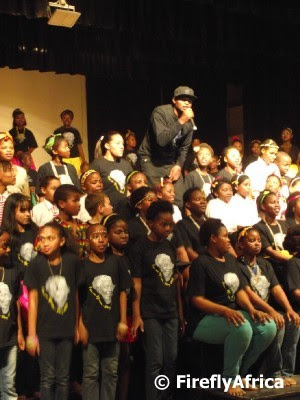 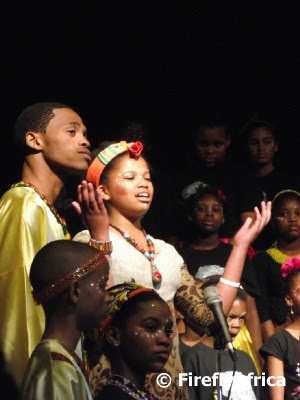 Posted by Firefly the Travel Guy at 12:18 PM