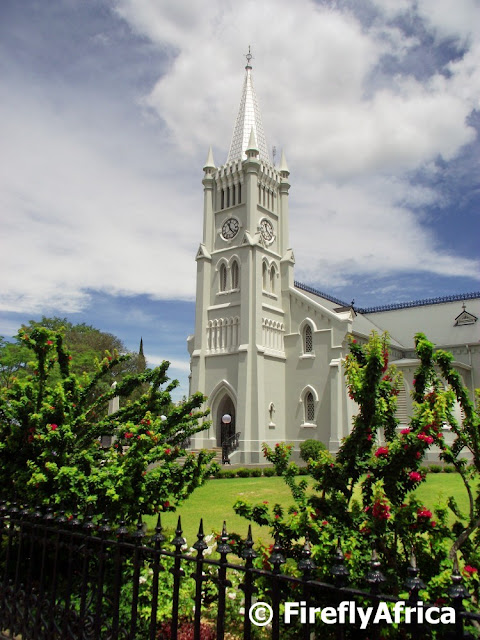 Most small towns around South Africa's histories are very closely woven into that of the church and often these towns got started because of a church.  In this case the town of Robertson in the Western Cape is no different.  In 1728 a large piece of land which fell within the very large boundaries of Swellendam district, was let to a Mr. P Joubert.  Soon farmers requiring grazing for their sheep started moving into the area, many purchasing land from the government by 1800. 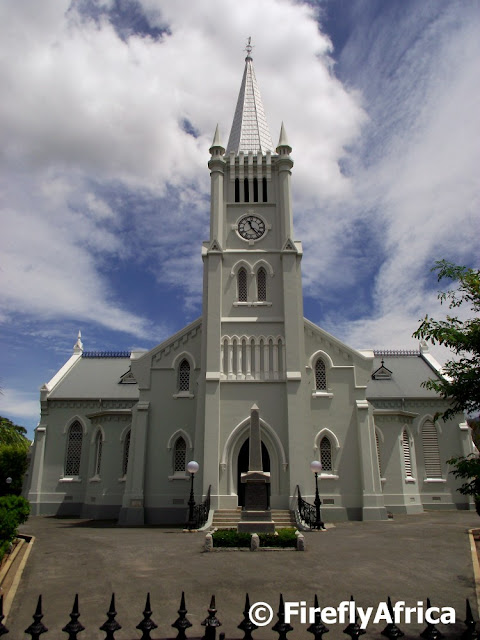 The farm Roodezand in the district belonged to Johannes W van Zijl in the 1840's and church services were held in his home every three months when Dr William Robertson, the Dutch Reformed Church Minister at Swellendam, visited the area.  In 1852 it was decided that a town needed to be established in the area and Mr. Van Zijl’s farm was purchased for that purpose.  The town was named after Dr Robertson and plots were laid out.  A well-situated block in the centre of town was selected for the Dutch Reformed Church to be laid out with the corner stone of the original church being laid in 1853. 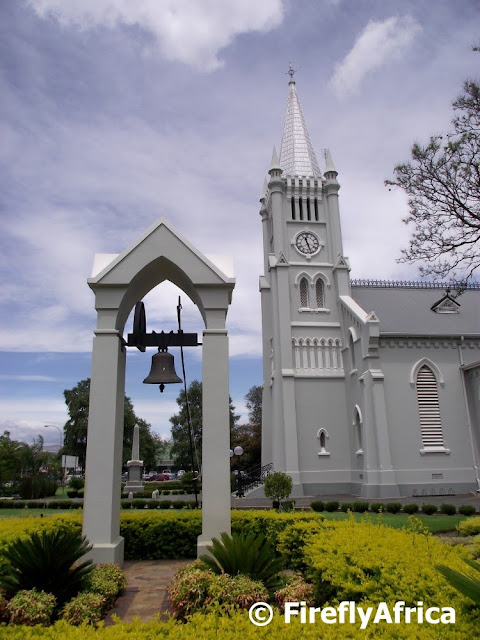 The original church was pulled down in 1905 and a larger, more imposing church was erected above the old foundations.
Posted by Firefly the Travel Guy at 12:43 PM