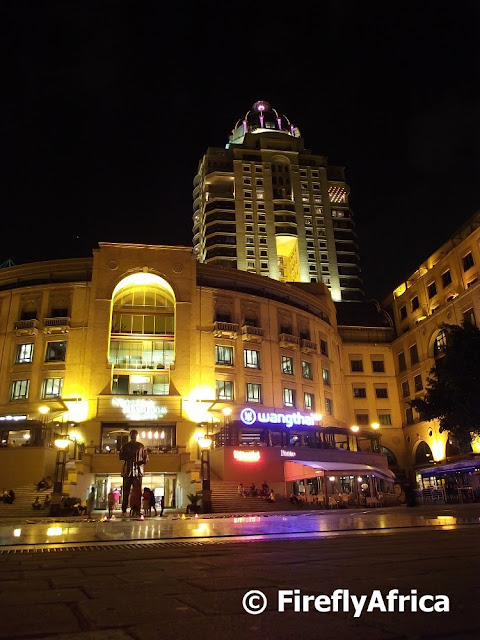 Nelson Mandela Square in Sandton City must be one of the most popular attractions in Johannesburg.  Everybody seems to stop at Sandton City to go shopping and then make sure that they swing by Madiba's statue for a picture.  On a busy day its actually quite difficult to get a pic of the statue without anybody next to it.  I've posted about Nelson Mandela Square before (2008, 2009 and 2010), but on my last visit to Johannesburg I couldn't help but to snap a couple more pictures of it. 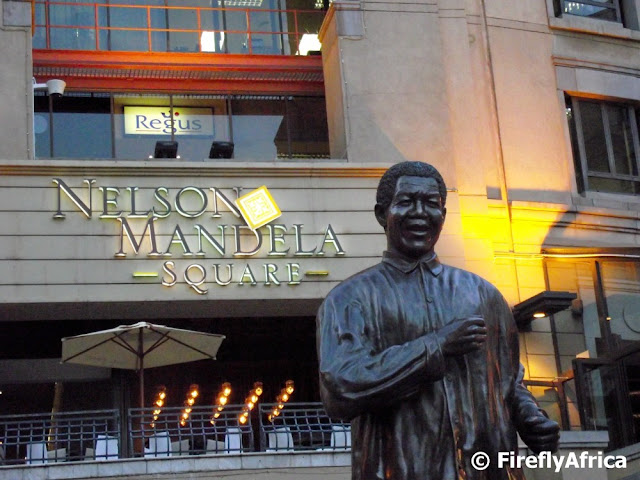 Nelson Mandela's statue in the Square was sculpted by Kobus Hattingh and Jacob Maponyane, weighs 2,5 tons and measures 2,3 metres from elbow to elbow.  The shoulders of the statue are 1.7 metres in width and the shoes are 1 metre in length.
Posted by Firefly the Travel Guy at 8:00 AM