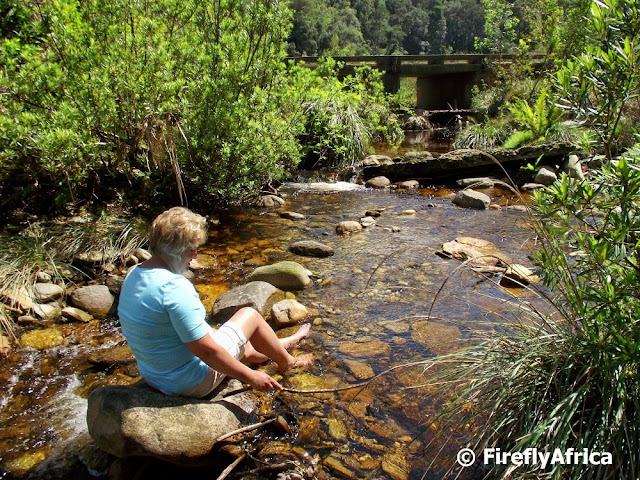 After a couple of hours hiking through the Plaatbos Nature Reserve we emerged from the forest close to where the old pass road crosses the Storms River.  We headed straight down to the river, kicked off our shoes and soaked our feet in the cool, soothing water.  Just what we needed at the halfway mark of our hike. 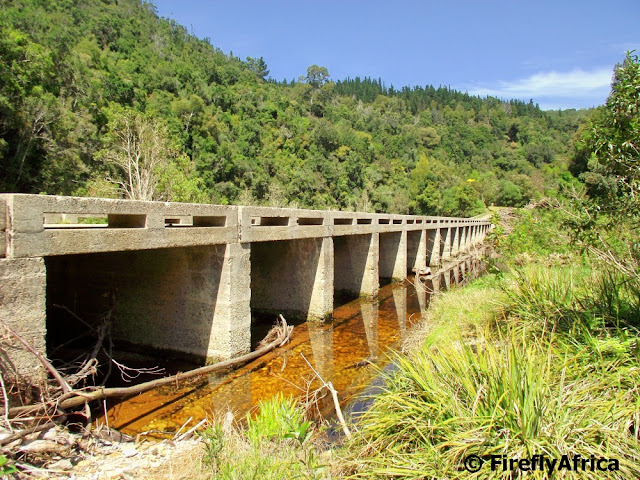 When the pass was originally built the road went through the river with the low water bridge only being build by soldiers during the Second World War (I'm just trying to confirm this as I've only heard it somewhere before but can't find anything about it on the internet).  The pass was replaced by the N2 and the Storms River Bridge in 1958 and today the bridge can only be reach on foot, by bicycle or on the Woodcutters Journey tour done by Storms River Adventures. 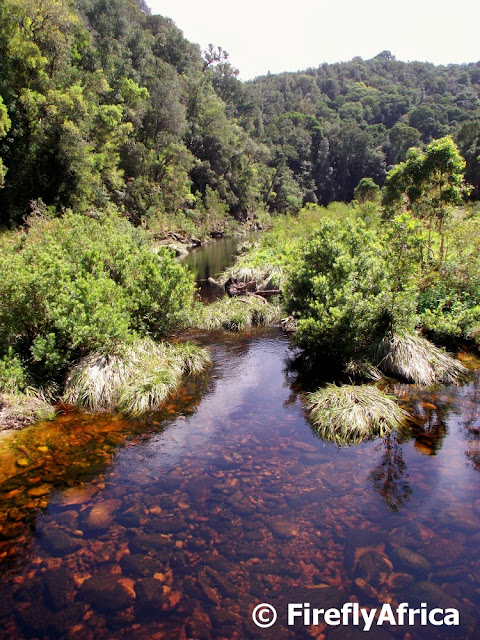 In the early days many travellers camped out next to the river after a "down day" (because the pass is so narrow ox-wagons could only travel either up or down the pass on any given day to avoid them coming face to face with another ox-wagon and have nowhere to pass each other).  Just like they refreshed before the uphill trek, so did we.
Posted by Firefly the Travel Guy at 11:17 PM