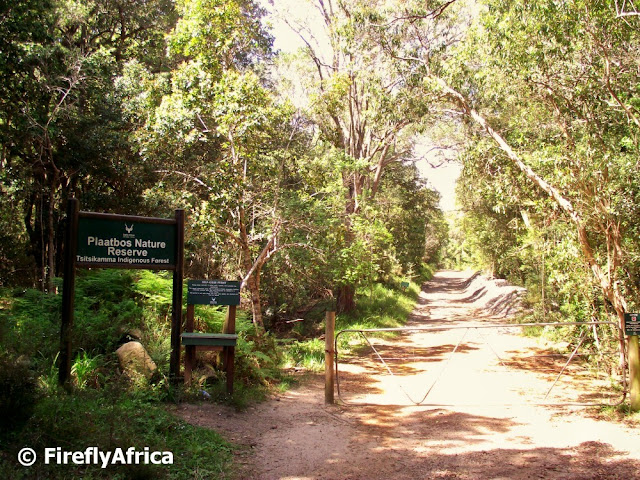 I find forests to have some kind of therapeutic effect on me, hence the fact that I will find any excuse to go and spend some time around forests.  It's no surprise then that I found myself and Family Firefly on a family outing in Storms River Village in the Tsitsikamma.  Three days around the forest for me is probably comparable to somebody from Gauteng spending a week at the beach.  I did make it clear to the family that I wanted to spend at least (part of) one day doing a short hike in the forest and we decided on some of the trails through the Plaatbos Nature Reserve adjacent to the village. 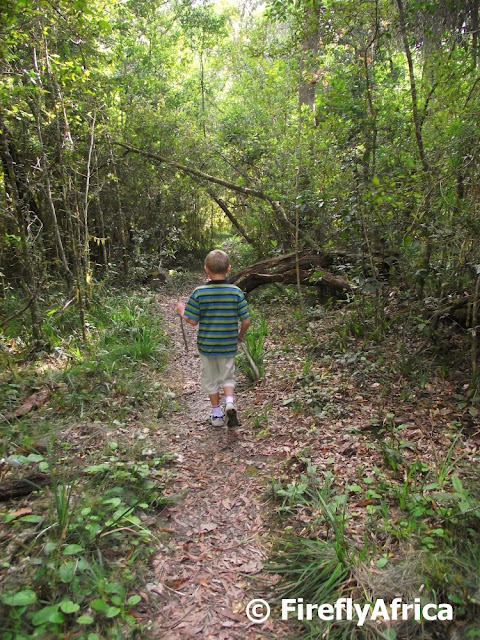 Plaatbos Nature Reserve falls within the Tsitsikamma National Park and has various hiking and mountain bike trails throughout, most branching off the old Storms River Pass.  Heading into the forest we decided to take the very first one on the left as you enter the gate and  disappeared into the forest.  I'm very fortunate that my family loves the outdoors and don't mind going hiking, so as soon as we hit the trail Chaos Boy was off in the lead with the rest of us trailing after. 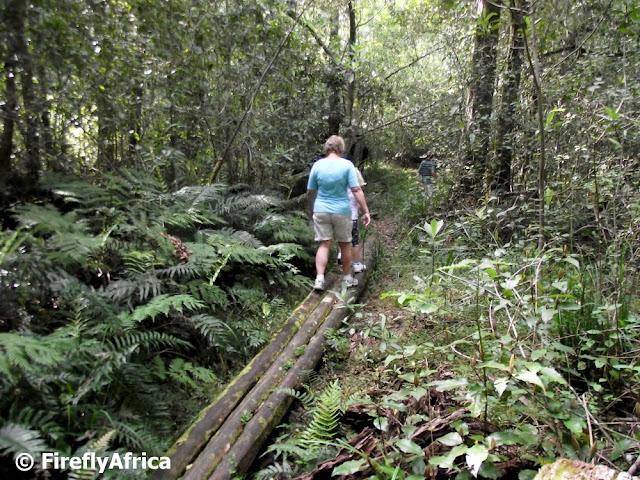 The trail through Plaatbos is a typical forest trail with very little disruption around other than the path itself.  The initial plan was to just do a short loop but on two occasions we got to a fork and opted to keep going rather than head back towards the village.  Most of the first part of the walk was spent right inside the indigenous forest and quite a few times I stopped to photograph something interesting.  One of the things that always catch my eye is bracket fungus and on this walk there were no shortage of it.  See Bracket fungus, Brown Bracket and Orange bracket fungus which I have already posted since our trip. 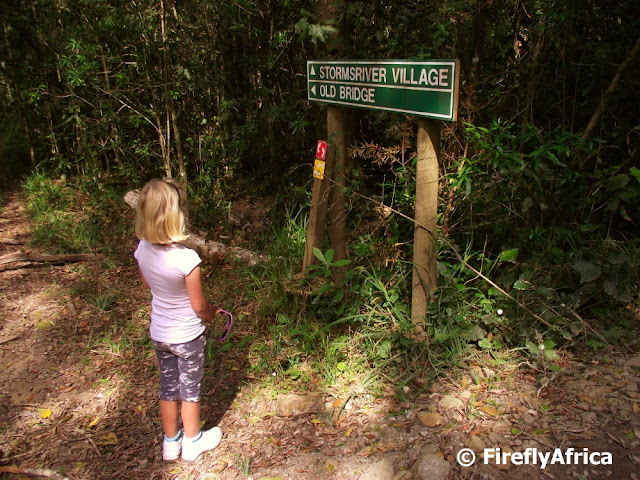 In the end we spent about 4 hours in the forest covering what I guess was probably in the region of about 11 or 12 kilometers. But I'm getting ahead of myself.  I decided to split the walk into three posts so that each covers a different part of our outing. I also didn't want to make it a too long a post cause there are many people like me out there who gets bored very quickly if one has to read too much. *smile* In the next post we head down to the historic Storms River low water bridge at the bottom of the pass.
Posted by Firefly the Travel Guy at 2:35 PM