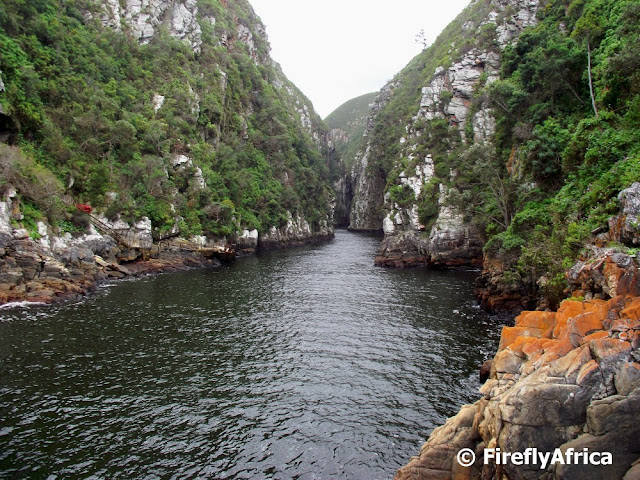 Storms River Mouth is truly spectacular.  Over millions of years the river has carved a deep gorge down to the ocean and thus creates a very striking river mouth.  It's this spot that are reached by taking the one kilometre Mouth Trail from the Tsitsikamma National Park's main rest camp. 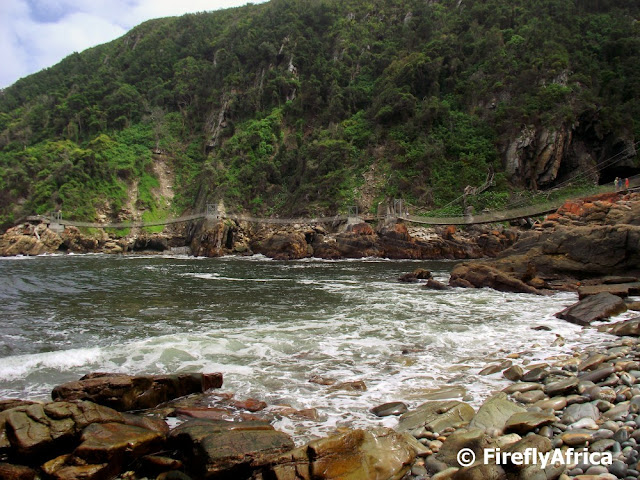 Over the years the suspension bridge over the river mouth has become a main feature in the park and pictures of it has become synonymous with Storms River Mouth.  In 2007 a fire swept through the area close to the bridge and major damage was caused to the walkway as well as the surrounding environment.  The rockface wasn't deemed safe enough to rebuilt the walkway and park management had to find another way to access the suspension bridge and subsequently further trails. 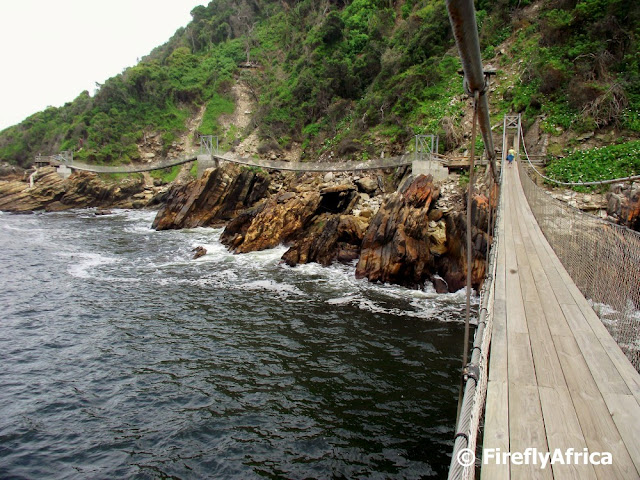 The decision was made to built two further suspension bridges on the approach to the original bridge meaning that you now cross three before getting to the other side of the Storms River, giving one even more reason to walk the trail.
Posted by Firefly the Travel Guy at 10:44 PM