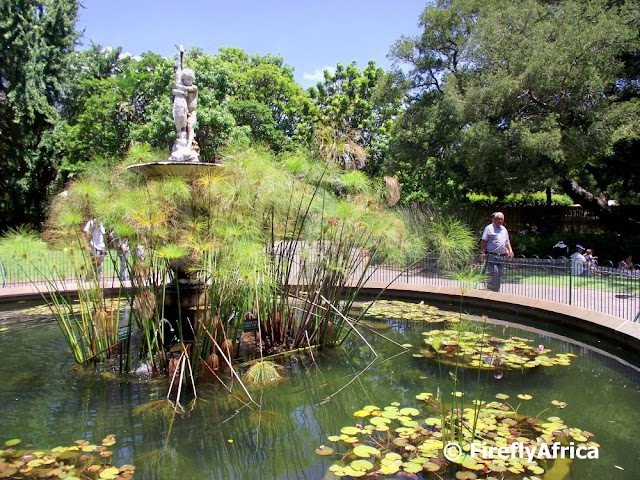 The greenbelt that is the Company Gardens, stretching through urban downtown Cape Town, attracts both locals and visitors in their droves.  People go there to admire the historic buildings, sight see, play in the park, feed the squirrels, read a book, sit in the shade and relax or just to get from the one end to the other.  The Company Gardens were established in 1652 and takes its name from the Dutch East India Company who first started the garden to supply their ships, that plied the spice trade route between Europe and the East Indies via The Cape of Good Hope, of fresh produce.  The gardens were irrigated through a system of open irrigation furrows fed by the area's numerous streams originating on  Table Mountain. 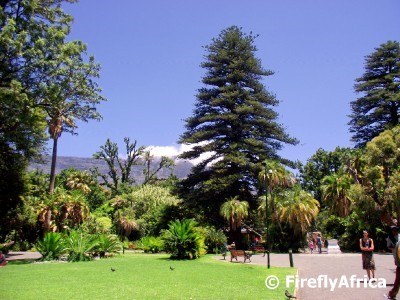 During the late 17th Century the Garden had expanded quite a lot, but after the Dutch East Indian Company went bankrupt it started going backwards and was in ruin by 1795.  During the first British occupancy very little money was put into the Garden and it deteriorated even further.  The Dutch Batavian Republic administration revived the Garden in 1803 and when the British took over again in 1806 they started to build important institutional buildings around the area.  The Gardens themselves were again given to the Governor for his use and in 1848 a portion was released as a public open space.  In 1892 the Municipality took over the Public Garden for the first time the garden was open to all as a right and not a courtesy.  (Sorry for the history lesson) 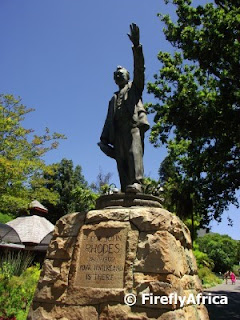 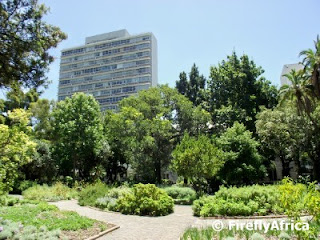 Some of the significant features of the garden include the oldest cultivated pear tree in South Africa thought to date back to 1652, a rose garden designed and built in 1929, a well dating from 1842, a memorial slave-bell dating back to 1855 and a Japanese theme garden with a stone Japanese lantern donated by the Japanese Ambassador in 1932. 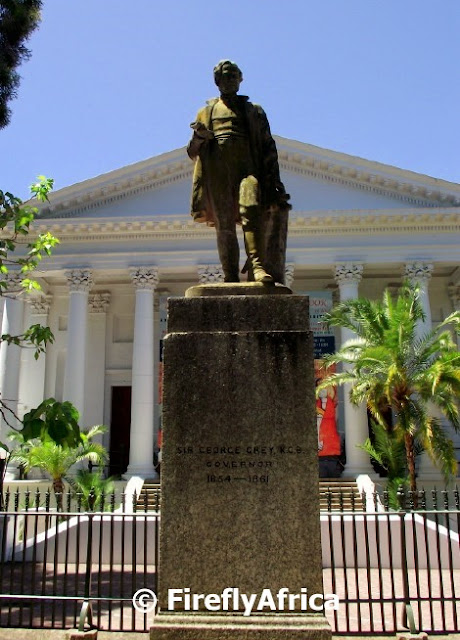 As mentioned earlier in the post, the Company Gardens are home to a few very prominent buildings as well as statues.  The South African National Library is just one of those buildings while there are statues of figures like Cecil John Rhodes, Sir George Grey and Gen Jan Smuts.  In the next post I will tell you a little more about some of the other buildings you will find around the Company Gardens.
Posted by Firefly the Travel Guy at 2:13 PM