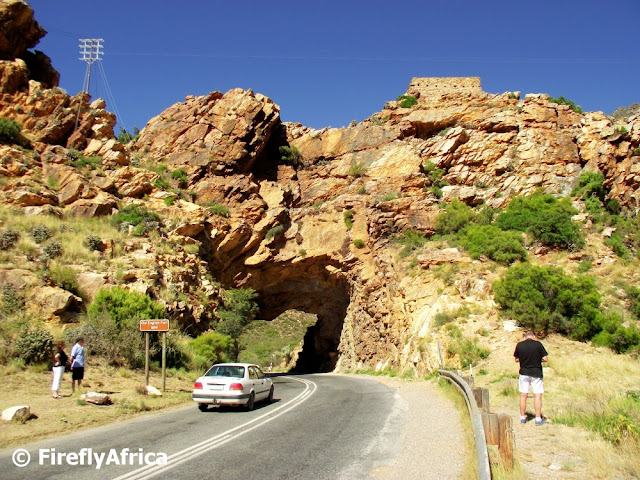 When you mention Montagu to somebody who has passed through the area before, one of the first things that will pop into their heads will be Cogmans Kloof and the tunnel through the rocks.  Cogmans Kloof is often seen as the gateway to the Klein Karoo and runs through a gorge with some of the most amazing geological features in the Western Cape.  The original route through the mountain included two fairly dangerous river crossings.  Famed road and pass builder Thomas Bain was commissioned to build the pass through Cogmans Kloof in 1877 and blasted the tunnel through in 1879. 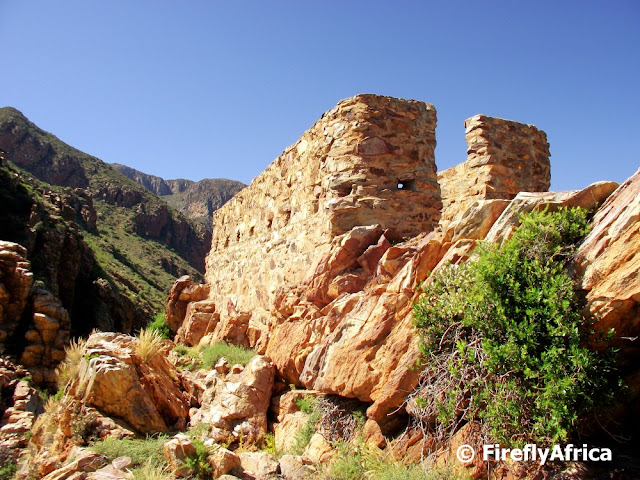 On top of the tunnel stands an old English fort built in 1899 during the Anglo Boer War.  I have seen the fort whenever I passed through Cogmans Kloof, but I've never been up to it.  During our visit to Montagu I drove to the tunnel one morning and as I stopped I saw a couple of guys climb up to the top.  I was kinda wondering how to get up to the top and this answered my question. 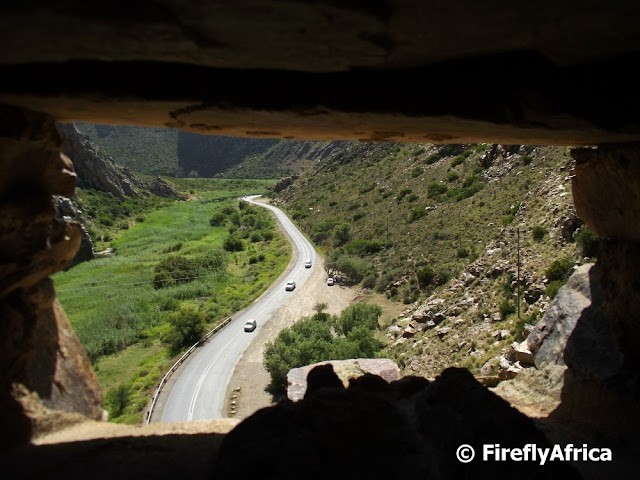 Huffing and puffing I made my way to the top, even tearing my pants sliding over a rock, but I made it.  The fort has an awesome view and you can see why it was built there in the first place.
Posted by Firefly the Travel Guy at 10:30 AM