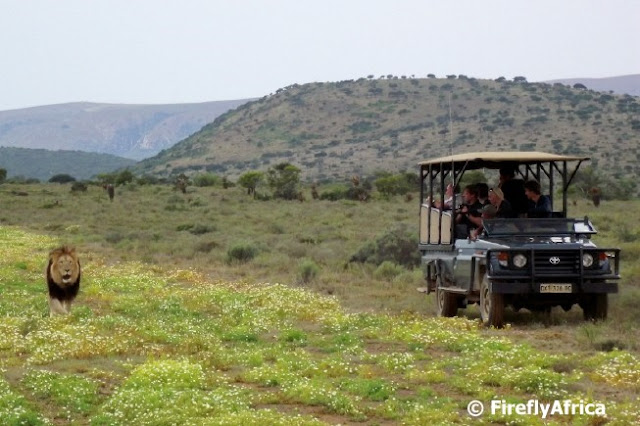 Our first game drive at Kuzuko Lodge was a "hunt" for lions.  The rest of the guests on our vehicle were all staying for two nights and had seen most of the other animals the evening before, so the ranger indicated that we were going out specifically to look for Kuzuko's two big male lions.  About 30 minutes into our drive the lodge manager radioed in to inform us that he had found them on the reserve's air strip so off we went to find our lions.  I wasn't disappointed at all.  The two gents in question are both stunning specimens of what a big male lion should look like. 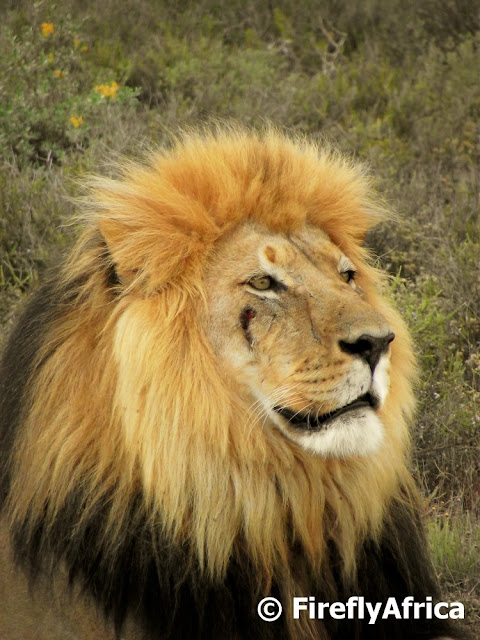 Kalahari is one of the original lions that came to the Addo Elephant Nationa Park from the Northern Cape when the park first reintroduced lions and has since been relocated here to the Kuzuko section of the park.  This to me is what a lion should look like; big, proud and magnificent.  He and his companion seem to get into a brawl every now and then if you look at the fairly new mark on his face. 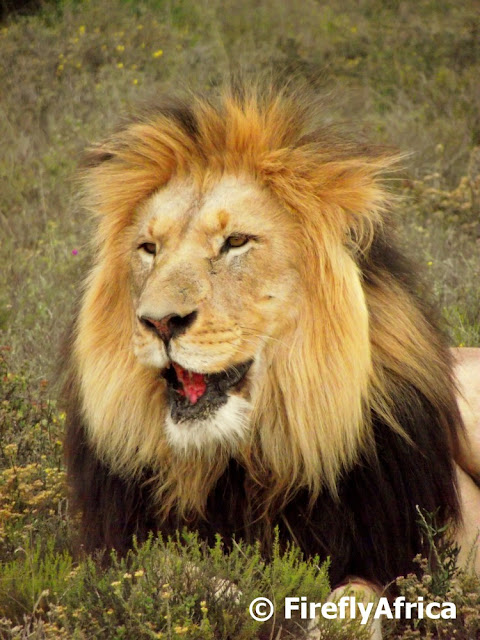 Matt is slightly smaller than Kalahari and was unfortunately injured in a fight between the two some time ago.  Apparently most of Matt's teeth in his bottom jaw was ripped out in the fight, but he seem to have recovered and adapted very well from his injury with the only after effect seemingly being his slack jaw.
Posted by Firefly the Travel Guy at 12:30 PM