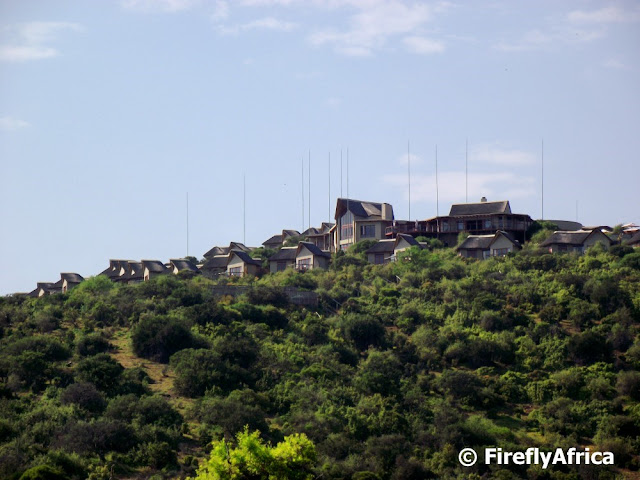 Port Elizabeth is surrounded by some of the most awesome game reserves in South Africa with Addo Elephant National Park on the city's doorstep and award winning Big 5 private game reserves like Shamwari, Pumba, Amakhala and Kariega within an hour's drive.  The Greater Addo Elephant National Park is the third largest National Park in South Africa and stretches from the coast at the Alexandria Dune fields (including a marine reserve) into the Karoo beyond the Zuurberg Mountains.  Addo contains various private concession areas and one of these are occupied by the 5 star Kuzuko Lodge.  We passed the Kidz off to Grandma a week or so ago and the Damselfly and I spent a night at Kuzuko for our anniversary. 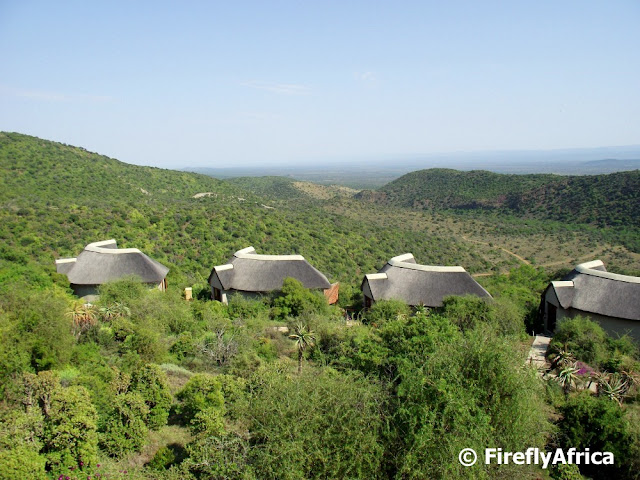 Kuzuko, which means Place of Glory, lies hidden just north of the Zuurberg in an area where the Eastern Cape's Valley Bushveld turns to Karoo.  The lodge with its 24 chalet suites is situated on the hillside and overlooks the valley below with horizons stretching off into the great beyond.  At night there are no light around, except for the lodge, with the stars glittering above and a jackal calling in the distance.  We had two game drives during our stay and although we didn't see huge numbers of animals we did get to see four of the Big 5 as well as cheetah.  I will be posting about these soon. 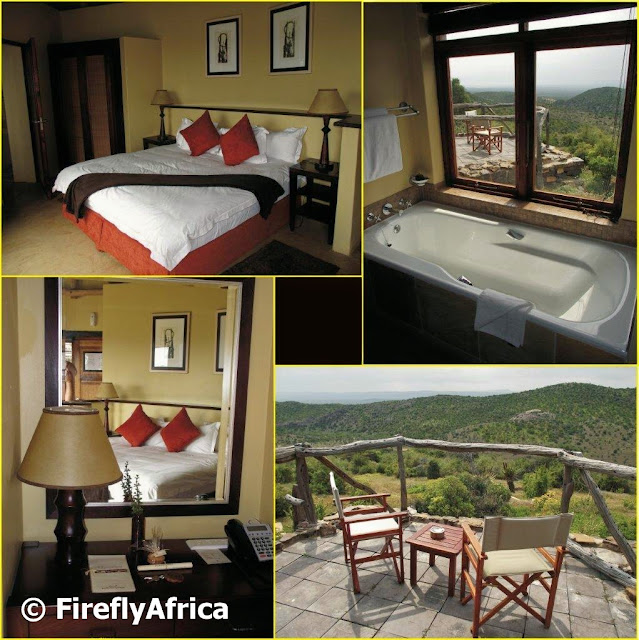 Our chalet was stunning with a bed that has space for a whole family and a bath with an unbeatable view.  After dinner I spent some time out on the stoep just listening to the night sounds and enjoying the stars.  We had a wonderful stay and before we knew it we were heading back to reality and the Kidz.

When ever I get to visit one of the game reserves people ask how they compare to the others.  It's always hard to make such comparisons as each one of them is special in its own right and no two are the same.

Disclosure: Our visit was a prize I won in a lucky draw during a Legacy Hotel workshop in Port Elizabeth with the accommodation, activities and meals being sponsored and we were responsible for our own drinks bill.
Posted by Firefly the Travel Guy at 1:50 PM