Warning: The pictures in this post my offend sensitive visitors 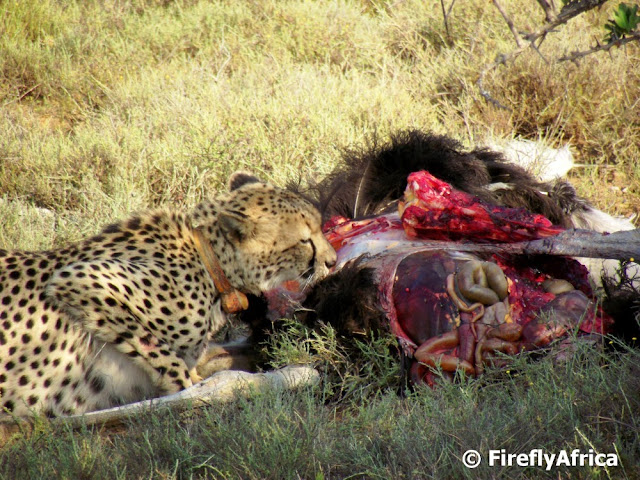 On our game drive at Kuzuko Lodge the ranger told us that the two cheetah on the reserve hadn't eaten for probably a week so the chances were good that we could encounter a kill that morning.  The cheetah have collars on so we were able to track them down quite easily.  The two of them were feeding on a ostrich which they must have killed less than an hour before we got there.  They were stuffed already with tummies looking like big round balls with one lying in the shade a couple of meters away and the other still picking at his food. 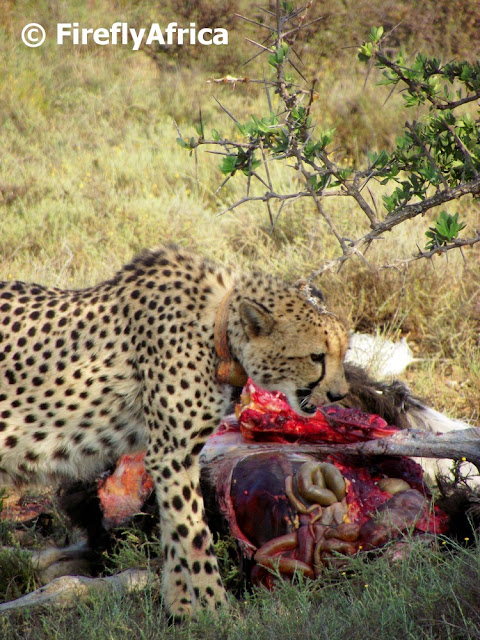 I know the pictures are a bit gruesome, but I love them.  They are a bit different from just having a cheetah walking along in the veld or lying in the shade somewhere.  Pity we didn't get there like an hour earlier cause I would love to have seen them pull the ostrich down.
Posted by Firefly the Travel Guy at 12:30 PM