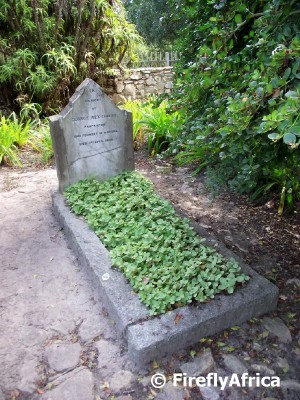 I recently paid my respects at the grave of George Rex in Knysna, I thought I'll share his story with all of you.  George Rex (29 August 1765 - 3 April 1839) is generally known as the founder of the town of Knysna.  He came to the Cape Colony from Britian in 1797 and held various high ranking positions in Cape Town before settling on the farm Melkhoutkraal, in the Knysna district.  Here he was mainly a timber exporter and trader, but he played a huge roll in the development of the town and surrounding area.  Rex never married, but had but he had four children by a former slave, Johanna Rosina van der Caap, and then nine more children by one of her daughters (Carolina Margaretha Ungerer) by a previous master. 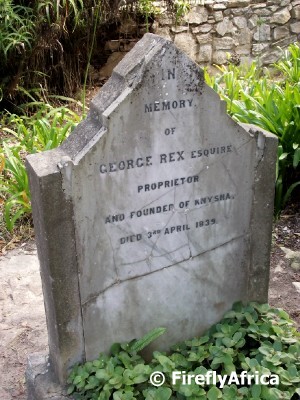 For the last two centuries people have been intrigued by the legend of George Rex and the story that he may have been the illegitimate son of George III, Prince of Wales at the time, and a Quaker girl, Hannah Lightfoot.  The story goes that he was sent to the Cape Colony to avoid a royal embarrassment back in Britain and that was also why he never married as any legitimate descendants would have had a claim on the throne.  Although there are apparent proof to the contrary, the legend still lives on.  It may just be that the true king of England live in this beautiful town as, if the legend is true, George Rex should have been king instead of George IV after George III died in 1820.
Posted by Firefly the Travel Guy at 12:32 PM