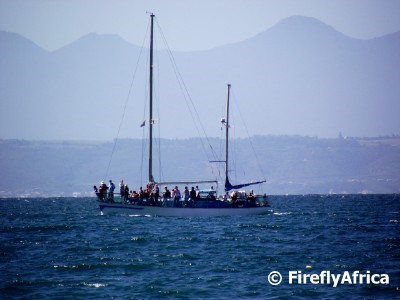 Any holiday maker visiting the town of Mossel Bay on the Garden Route and not going for a trip on the Romanza doesn't know what they are missing.  The Romanza is run by the Klapwijk family and has been part of Mossel Bay holiday scene for over 25 years.  She's a 16 Meter, 25 ton Hartley Design Ketch and does mostly trips out to Seal Island as well as Whale Watching trips with Sunset cruises thrown in for good measure. 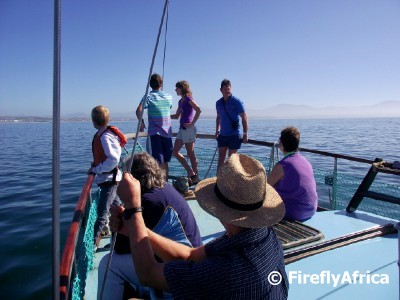 Getting onto the boat was a bit of a challenge for us as Drama Princess had never been on a boat and was doing everything in her power not to embark.  After lots of persuading we got her life jacket on and took her on board and not 5 minutes later she wanted to know when we were going on it again as she loved it.  For the cruise all the kids on board was given life jackets while there are enough on hand for everybody in case its necessary. 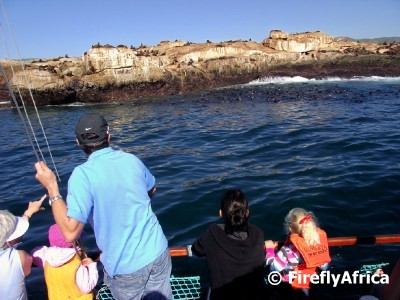 It was a stunning morning with barely a whisper of wind which meant the sea was flat and the cruise as smooth as you can imagine.  The Romanza sails parallel to the coast and views from the boat include the whole curving coast line from the lighthouse at the Point to Santo Beach and Diaz Strand all the way past Hartenbos towards the Outeniqua Mountains in the background.  After a smooth 20 minute we reached our turning point at Seal Island. 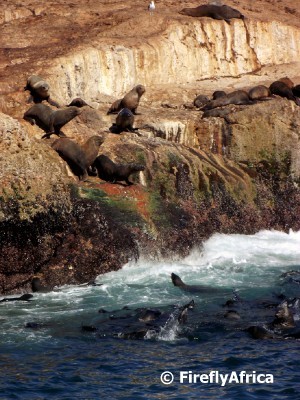 Seal Island is home to about 4000 Cape Fur Seals and they were literally all over the show either frolicking in the water or sunning themselves on the island.  Their feeding grounds aren't in the bay and they have to swim out to the open sea to find food.  We could probably have sat there for ages watching the seals play, but there is a cruise every hour so we had to head back to the Mossel Bay Harbour. 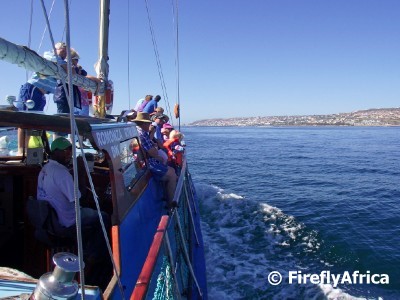 Sailing back gives one time to reflect on the beauty of the bay and its inhabitants.  I just want to give a special thanks to Louma at Mossel Bay Tourism and Charmaine at Romanza who made the trip on the Romanza possible for us.
Posted by Firefly the Travel Guy at 12:30 PM