The first European to set foot in what in now South Africa was Portuguese explorer Bartolomeu Dias.  He inadvertently rounded the Cape in a storm and the first went ashore in present day Mossel Bay in 1488.  Due to this Mossel Bay has a close association with Dias and this is where visitors will find the Diaz Museum Complex.  The complex is made up of different components, one of them a statue of Dias himself looking out to sea. 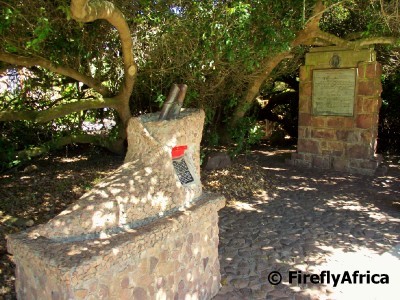 One of the best known attractions in Mossel Bay also makes part of the Dias Museum Complex and this is the Post Office Tree.  In 1500 on a return voyage from the East, Pedro de Ataide left an important letter in a boot hanging from a tree, probably the old Milkwood Tree on the site.  The letter was found in 1501 by another ship heading to India  and so the first "post office" in South Africa started.  Sailors usually heading East started leaving letters to loved ones in the tree for ships going home to take along. 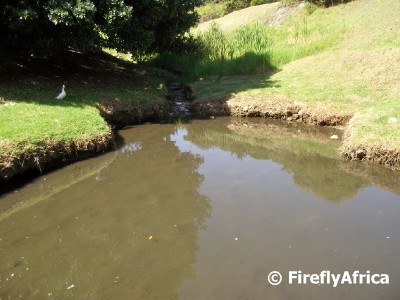 Walking from the tree down towards the sea the fresh water fountain Aguanda de Sao Bras (Watering Point of St Blaze) can be seen.  The fountain was first documented in 1512 and was where the ships took on fresh water.  It is said that the fountain has never been dry and still runs today.  These days fresh water doesn't get sourced there anymore, but I did notice that the pond is now home to a couple of ducks. 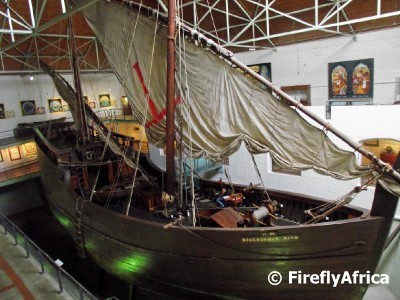 The biggest attraction at the complex is the life sized replica of Dias' caravel.  The replica was built and sailed from Portugal to Mossel Bay in 1988 to celebrate the 500th anniversary of the arrival of Dias.  Visitors to the museum can actually get onto the boat to have a closer look.  The building it is housed in was originally built in 1901 as a grain mill and was also later used as a saw mill. 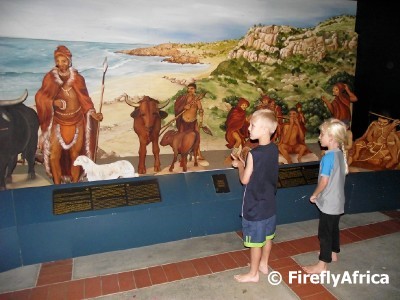 Other than the replica of Dias' boat, the museum also houses a very good collection of paintings, artifacts and information about early explorers.  The one room contains a exhibit with life sized figures representing the Portuguese and indigenous Khoisan people meeting and interacting on the beach.  This was quite a hit with the kids as it included the sounds of the Khoisan people's bells and music along with the trumpets of the Portuguese.
Posted by Firefly the Travel Guy at 12:15 PM