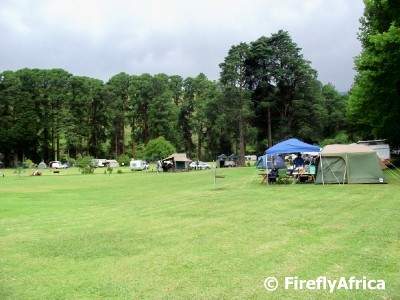 During our December camping holiday in the Drakensberg we spent 10 days at the magnificent Mahai camp site in the Royal Natal National Park. The camp site came highly recommended from various people and one of the main reasons we decided on it is because its right up in the mountains and not some distance away. The best part was that if you wanted to go on the hikes in the park you just needed to walk out the camp site gate and you were there which meant that we didn't have to still get into the car and drive to the trails. 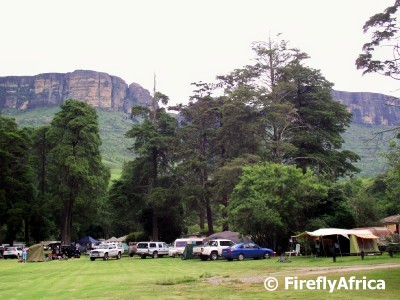 The camp site is perfectly situated for the nature lover.  I could sit in my chair and have a view of the mountains above me while the sound of the river running past the camp site was just what I needed to wind down.  The facilities at Mahai may not be brand spanking new but it was kept perfectly clean at all times by the very friendly and courteous staff.  I was very impressed with security as well with the guards patrolling the area very thoroughly, especially at night. 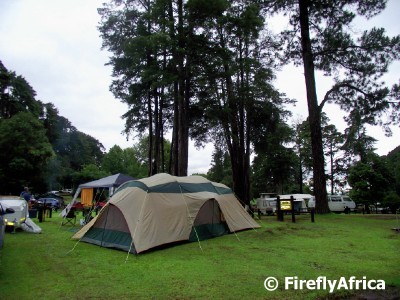 Before our arrival the one thing that bothered us most was the fact that we heard there was no swimming pool, but being able to swim at Cascades in the Mahai River more than made up for it.  The other problem with camping there in the summer is that the area falls in the summer rainfall area and normally gets thunder showers in the afternoons.  Unfortunately for us while there the whole summer rainfall area of South Africa received unprecedented rains which caused major flooding in areas.  We didn't quite wash away, but it was very wet and the rivers came down in flood.  I have to add though that even with the rain we had a marvelous time at Mahai and I will really recommend it to anybody who would like to have a mountain / close to nature holiday.
Posted by Firefly the Travel Guy at 1:00 PM