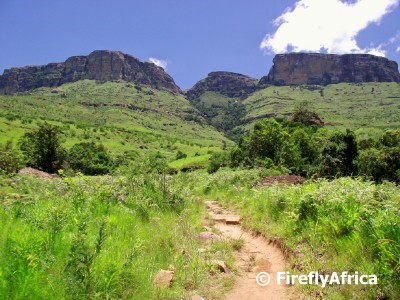 We spent our two week annual summer holiday in the magnificent Northern Drakensberg and although we had buckets... no truckloads of rain during our stay, it was a stunning holiday in an awe inspiring environment.  By the time I get to post all the pictures I have taken (well, those worth posting at least), I would probably have run out of adjectives to use to describe how awesome the place is. 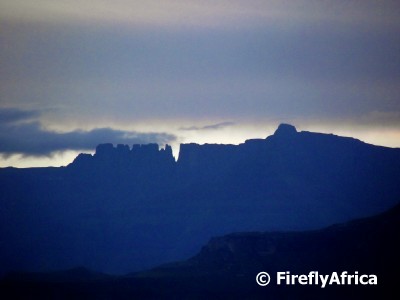 The Drakensberg is South Africa's biggest mountain range and is mostly situated in the province of KwaZulu Natal bordering the provinces of the Eastern Cape and Free State as well as Lesotho.  The mountain is divided into three main areas.  The Southern Berg, the Central Berg and the Northern Berg, which is the area we visited.  The uKhahlamba Drakensberg Park which covers these areas has been declared a UNESCO World Heritage Site which spans 150km over 243 000 hectares at an average altitude of 3000 meters. 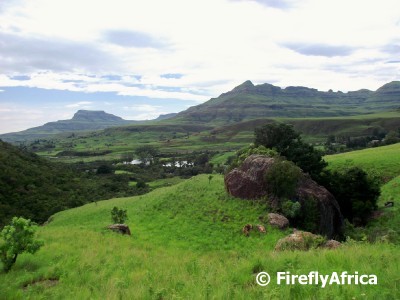 The uKhahlamba Drakensberg Park was selected as an UNESCO site for two reasons.  Firstly for the fact that the Drakensberg has the biggest concentration of rock paintings in Africa south of the Sahara which was left behind by the San people and shows off their way of life and believes.  The second reason is the exceptional beauty of the area with its soaring buttresses, dramatic cutbacks, high altitude rolling grasslands, rocky gorges and steep river valleys.  The Berg is also home to many threatened endemic species of birds and plants. 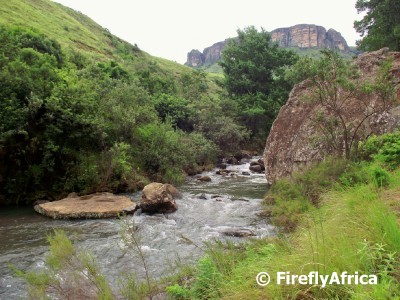 I have to be honest and say that I would have selected the park a World Heritage Site for exactly the same reasons if it was my call to make.  The area's beauty is breathtaking, the mountains are magnificent and there is nothing like the sound of a river or stream running through the mountains.  Most areas in the park can be accessed by hiking trails, some short half day trails while others are longer overnight ones. 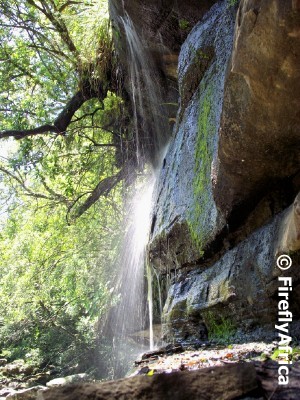 As I said at the start of the post, we had a fair amount of rain to say the least.  This didn't just mean that all the rivers were just about coming down in flood, but also that the waterfalls of the Drakensberg showed off its full glory.  At the end of our stay we could actually see waterfalls on the mountainside which wasn't there when we got there.  All in all our stay was a memorable one.  Have I mentioned that the area is awesome?
Posted by Firefly the Travel Guy at 2:07 PM