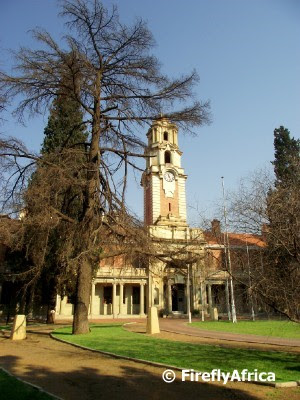 The National Afrikaans Literature Museum in Bloemfontein is only about a block from the Fourth Raadsaal I featured yesterday.  This building originally accommodated the government structures of the Republic of the Orange Free State in the 1800s and is reminiscent of the old Cape-Dutch architecture in the area. The National Afrikaans Literature Museum, with the largest collection of Afrikaans literature and manuscripts in the world, as well as artifacts belonging to well-known Afrikaans writers, is housed in this building. 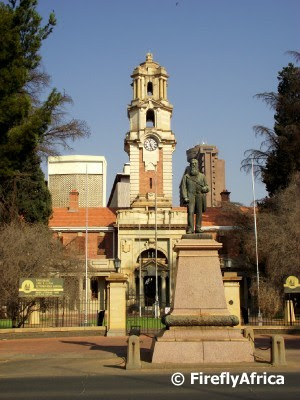 Standing in front of the building is a statue of President JH Brand who was the fourth state president of the Orange Free State from 1864 until his death in 1888.  The street on which the museum as well as a number of other prominent historical buildings stand was also names after him.
Posted by Firefly the Travel Guy at 2:00 PM