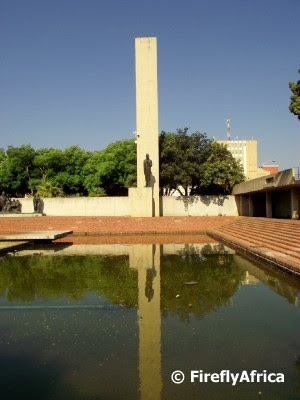 Across the road from the Bloemfontein City Hall in Hertzog Square stands a fine monument dedicated to General JBM Hertzog. General Hertzog was a military officer in the Anglo Boer War (1899-1902) and later became Prime Minister of the Union of South Africa. 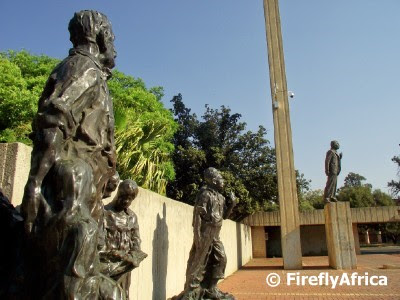 Hertzog Square consists of fountains, a reflection pool and the statue created by sculptor Danie de Jager and unveiled in 1968.  There another sculpture on the square of which I haven't been able to find any information.  The male figure in the sculpture looks like he could be Gen Hertzog as well so I assume that its a Anglo Boer War related monument. 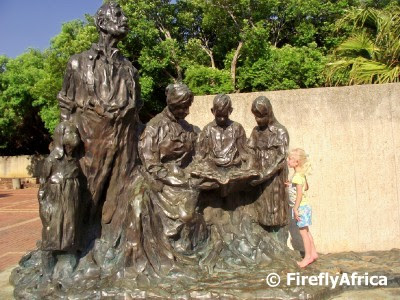 Drama Princess was curious to see what the children in the sculpture was reading in the book
Posted by Firefly the Travel Guy at 2:00 PM