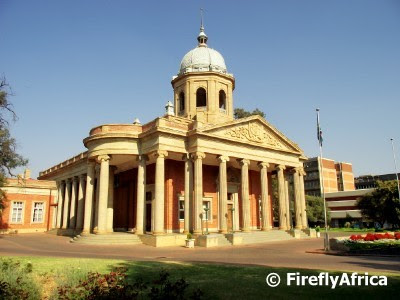 Bloemfontein in the Free State has a collection of beautiful historic buildings and statues all situated in the centre of town.  The one I liked the most on my recent visit was the Fourth Raadsaal. The foundation stone was laid by then Orange Free State President F. W. Reitz in 1890 and the building was completed in 1893. It is a Renaissance-style building in red brick with a prominent dome and a portico of Ionic columns. 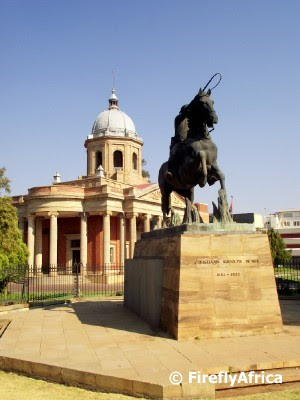 The last session of the Parliament of the old Boer republic of the Orange Free State was held here before the occupation of Bloemfontein by British forces in March 1900. In front of the building is a monument (by Coert Steynberg) to Christiaan de Wet, a general during the Boer War. 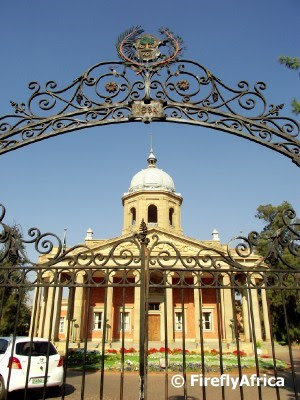 The Fourth Raadsaal is now the seat of the Provincial Council of the province of Free State.  Good thing we were there over the weekend, otherwise the place would probably have been packed with cars.
Posted by Firefly the Travel Guy at 2:00 PM