Sitting on top of the koppies (hills) overlooking Pretoria is a number of forts that was built prior to the Anglo Boer War in the late 1800's.  After the abortive Jameson Raid in 1895, the South African Republic (also known as the Transvaal Republic) had a number of forts built to protect their capital in case of a foreign invasion.  The Pretoria Forts consisted mainly of four forts, three of which was constructed by a German company.  I have on a previous visit to Pretoria visited Fort Schanskop which stands close to the Voortrekker Monument.  This time around I popped into Fort Klapperkop for a quick look. 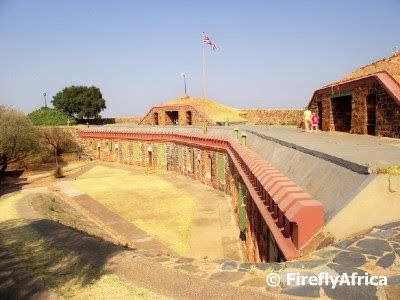 The three forts are pentagonal reinforced, with more fire range possibilities through numerous facets. Attacks from any direction could be warded off by revolving guns on their ramparts. In January 1899 the fort was manned by 17 troops and by mid year the number of troops was increased to 30. By the end of the year only 16 troops were still stationed at Fort Klapperkop as men and armament were gradually withdrawn and sent elsewhere during the course of the war. 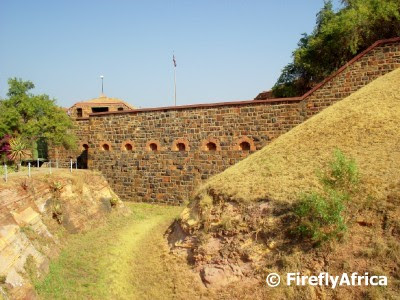 To prevent infantry attacks the forts contained loopholes were built into the walls. Trenches, barbed-wire entanglements and fortified rooms were erected as reinforcements.  Fort Klapperkop was the only one of the forts that had a moat as well as a drawbridge.  Apparently the moat was never filled with water. 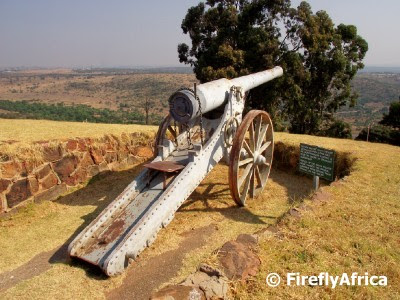 The main weapon on the fort was a 155mm Creusot gun, better known as a "Long Tom". 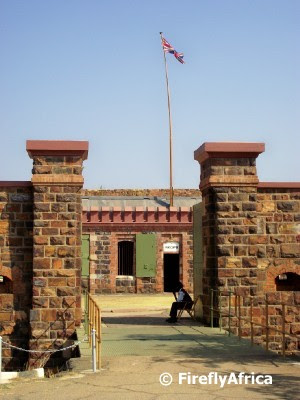 Fort Klapperkop is a Gauteng Provincial Heritage Site and a South African National monument and is run as a military Museum.
Posted by Firefly the Travel Guy at 4:00 PM